I”ve had a retail version of the Viliv S5 for a few days now (see unboxing) and have spent many hours testing it (see 3hr testing video!) with different software and in different usage scenarios. I”ll be using it heavily next week on my trip to Texas (if you’re at SXSW 2009 and want a demo, follow the related MidMoves Twitter account and DM me) and I”ll write more after that but for the time being, I think this first impressions article will give you enough info to allow you to either add it or take it away from your wish list. If you haven”t seen the Viliv S5 yet, what you”re looking at is a pocket PC in the true sense of the meaning. It”s running Windows XP on a 1.3Ghz Intel Atom CPU, weighs under 400gm and fits in a pocket. It”s one of the most powerful computing devices you can put there! 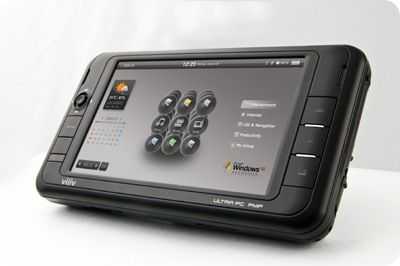 First, the specifications of the device I have…

First of all I need to say that it’s a high quality bit of kit. The Packaging, plastics, buttons and accessories are all as good as any I”ve seen except perhaps the OQO devices. It give’s you a great feeling of VFM and confidence when the first 5 minutes are this good.

It’s probably easier for me to list the potential issues first.

By far the most significant issue to consider is the lack of hardware keyboard. Viliv have included a soft keyboard with hardware launch button and haptic feedback and this is definitely one of the best on-screen keyboards I”ve tested although there’s definitely room for improvement. You’ll start to find little things that are annoying like the full-stop being on a different ‘mode’ to the numerics which makes typing IP addresses and ‘point’ numbers a slow process. There are also apps which appear in front of the keyboard too. Entering the paring code for a Bluetooth phone required a lot of window juggling to get it to work! There’s also no predictive text feature which, considering PocketPCs have had it for 7 years or more, isn’t so good. At the moment, I”m happy with it for passwords, urls, tweets and short emails but I don’t see myself getting to like it as much as I do slider keyboards which require so much less thought. I’ll feed back more on this over time.

The second problem is the lack of mouse pointer. The joystick is a cursor button that can be turned into an 8-way mouse steering stick but compared to the touch pointer on the Wibrain, this gokautomaat is annoying. I’ve had to attach the lanyard pointer, boost the font sizes and I”ll probably run a  greesemonkey script to increase font sizes for all web page links but I know it’s never going to be as comfortable as the pointer on the Wibrain. The annoying thing is that there’s space on the frame. A lot of users are going to find this an issue, especially if Viliv don’t make them aware of the optimisations that can be done.

Mic input. Up until now I haven”t found a built-in mic of any way to connect an analogue mic. The only thing that’s working is a USB mic. This seems silly for a device that will run Skype like a dream.

The battery life indicator isn’t feeding back the remaining time correctly. Something’s wrong with the battery or ACPI module. It’s not a deal-breaker when you have 6.5 hours screen-on, wifi on battery life but it’s annoying. The same applies for the lack of SD card slot and Webcam. You can work around these issues but for some people, they could be deal breakers. For me, the missing SD card slot is a real issue.

6.5 hours Wifi-on, screen-on battery life is the absolute highlight here. I ran a full full-to-empty test with tweetdeck running in the background over Wifi with 50% screen brightness and ‘laptop’ battery mode. Obviously this is a low-usage state (streaming an MP3 over wifi is likely to be a similar scenario) but it gives you an idea of how you could use this device. You could potentially leave this on in your pocket all day, tethered over Bluetooth with the screen off running Skype and presence applications.

More in the gallery.

The S5 I have here is expected to retail for between 650 and 700 Euro when it becomes available at end of March of beginning of April and it sounds very expensive but when you consider what you’ve got here, I think its good value. A PC, storage device, Navigation unit (you need to buy software), high quality on and offline media player, VoIP phone platform in one with the possibility to use it as a portable desktop PC, e-book reader and high-end web tablet. I’ve already installed Fruity Loops which turns it into a MID instrument and composition tool, tested Google Earth, iTunes and am now installing my Canon remote capture software. The possibilities are endless as with all UMPCs but here you’ve got, for the first time, something with very long battery life, a relatively powerful processor (Firefox re-opens and loads Google News in under 5 seconds over Wifi) and a very stylish pocketable design. It’s the leading edge of portable computing.

A quick word about the accessories. In the package I got a beautiful leather case, an acrylic protective cover, and a car kit. These are not standard package items unfortunately but as with the rest of the product, all seem to be high quality. The leather case is exceptional and really complements the S5 well. With the read sticking on black leather, you really feel like you’ve got the Porsche of pocketable PCs in your hand.

No showstoppers and an overall good feeling makes me want to use this device more and give the on-screen keyboard a chance. The battery life is incredibly impressive and the device truly is giving the user the full internet experience. Even without 3G and a fast SSD its up there as the best pocketable ultra mobile PC in my opinion but the lack of keyboard will be a not-starter for some. A real mouse pointer would have made it so much easier to navigate and it’s the only thing I”d class as a failure although some are also going to add the lack of microphone under that banner. Windows XP works well, the on screen keyboard and Viliv touch UI work well but Windows 7’s touch optimised interface and on-screen input could make this even better and give it even more character. The Viliv S5 raises the bar for UMPCs.

Thanks to Viliv for sending the device over. If you’re interested in pricing and availability I advise watching Dynamism.com (U.S. based) and Mobilx.EU (Europe based) for updates because I know that these resellers have this on their lists. If you know of any other resellers, let me know.