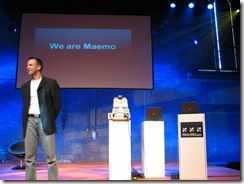 I’m in and seated at the opening session of Maemo Summit 2009. There are 400 people behind me just desperate to get hands on with the N900 and to find out more about Maemo. What a great buzz!

Peter Schneider. Head of Maemo Marketing will open in a few mins and then introduce Ari Jaaksi, VP of Maemo Devices for the opening keynote at about 10:30 (+30 mins) I don’t plan to live blog everything but you’ll get the  important announcements here. (While you’re waiting you can read yesterday’s post about the N900 and Maemo)

All presentations are being video recorded. 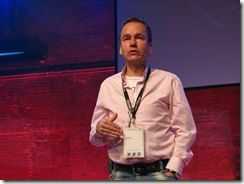 Ari going through a little history. ‘I’ve been working with Maemo before it was cool.’

Maemo since spring 2005. Since 770 was launched. ‘A goofy project internally’ Ari references the Archos tablet I showed him yesterday and said that the expression ‘Internet Tablet’ is not used anymore! [Cry!]

Ari shows a white 770 that didn’t reach the market. 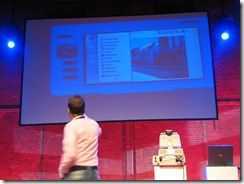 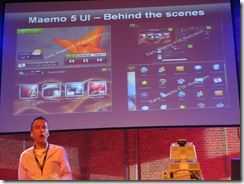 Does he mean beautiful but troublesome?

No longer an OS-level issue. It’s an app issue too. 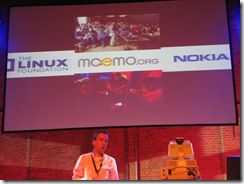 Getting devices out is a ‘staggeringly difficult job’ Community, Maemo.org and Internal teams working in synchronization. 80% of code comes from open source communities. Ari says that it would not be possible without that. 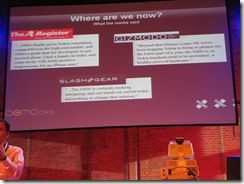 Nokia were surprised at the response to the N900 from the wider community.

Ari accepts that there are things to do…

Portrait Browsing will be an upgrade before end of year. 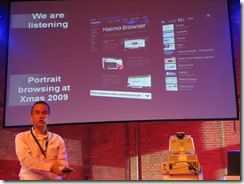 Multitouch ‘We need to work on that. ‘ In this hardware they can’t do it. 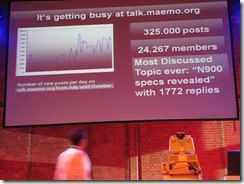 Ari invites everyone to ‘be opinionated’ on Maemo.org

Annouced: Pre-production version is reserved for each person here today. 6 months loan. BIG claps! Looks like we won’t get the devices until after the event. 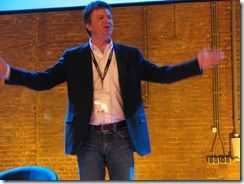 Jim’s’ favorite Linux use case:  (Slide of the SNES emulator on N900)

Talking about the economy. Says it’s good for Linux. 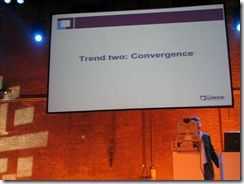 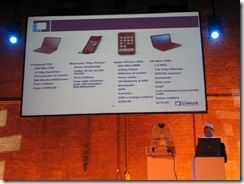 ‘Its all coming together’

Jim is talking about the economic model which starts with MIDs, Netbooks and Nettops. 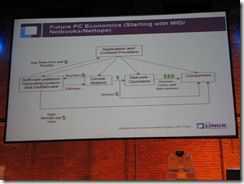 Jim: App stores will change the way the PC industry works and that is why Linux is going to win. Why…people can create their own app store. No licensing needed. More flexibility. [I totally agree with this] 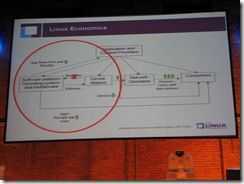 Trend Three: We’re moving to making money from services and not software sales or hardware sales. 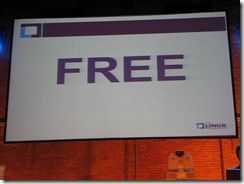 My opinion: There’s going to be a psychological problem with multiple (tens of) recurring payments to service providers. Carriers need to wrap these up in nice packages to hide the worry from end-users. 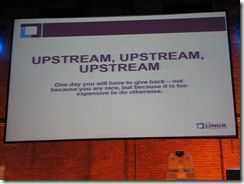 Jim also talks about the LSB (Linux Standard Base) and the need for standardization.

Finally: “We can be free and fabulous. Lets teach Steve Jobs a lesson…. inch 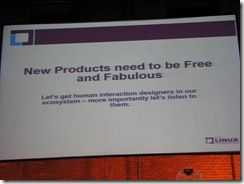 Jim wrapping up now and that concludes this post. More later and lots more when I get my N900. Live session will be set up as soon as I have the device. See you on umpcportal.com/live soon!