On previous MIDMoves adventures you saw me in San Fransisco and Taipei and at each of those events I got hands on with a new 5 inch Intel-based MID. I’m expecting both of these new devices to launch while I’m in Vegas for CES in a few weeks so here’s a quick rundown of what I know so far. 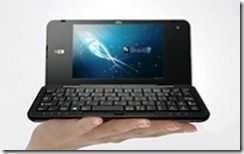 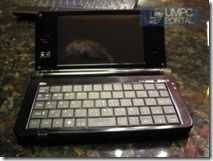 As you can see, both devices have an extremely similar design. On the left, the Viliv N5 that was announced just a short while ago. On the right, the UMID M2 that we’ve already had time with.

XP, Windows 7, 3G and SSD options should be available so the only real difference in basic specifications I can see is the GPS on the N5. That’s not a deal-breaker for most so it really leaves two differentiators; pricing and the all-important hands-on testing!

That’s what we’re planning to do at CES in a few weeks starting on the 6th of Jan so stay tuned for this interesting battle of the 5 inch Clamshells because these two could be great mobile computing options.

(We might get some N5 specs and pics soon so again, stay tuned!)