UMID BZ at Dynamism (and in our Database and Gallery.) 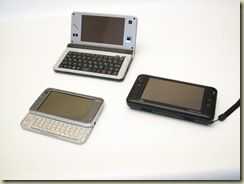 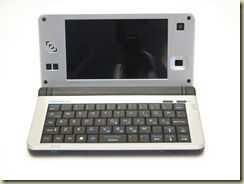 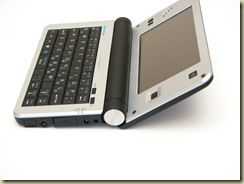 UMID BZ details, videos and links to articles and gallery in the Product Database.

There’s a review and video of the UMID BZ coming just as soon as I receive the missing power cable from UMID (due in a few days) but in the meantime, I’ve added it to the database and finished a photo shoot. If that’s enough to tip you over the edge then Dynamism is the place you need to look next.

They’ve got the 16GB SSD model in for just $549 which is a relief considering the early pricing indicators and if you order now, you’ll get the VGA adaptor thrown in for free.

In my hours with the BZ at CES a few weeks ago it was clear that they’ve done a good job improving the casing. It’s sturdy, well finished and opens up much wider than before. The optical mouse isn’t as nice as some I’ve tried as the recess tends to feel awkward but as before, the touchscreen is nice and responsive. You’ll need to optimize Windows XP for that 1024×600 screen but that’s not a major issue.

Expect some videos from me over the next week. So far I don’t see any showstoppers. Oh, and by the way, that competitor, the Viliv N5 won’t be available until March so if you need a 4.8 inch clamshell with XP and lon battery life now, this is your baby.