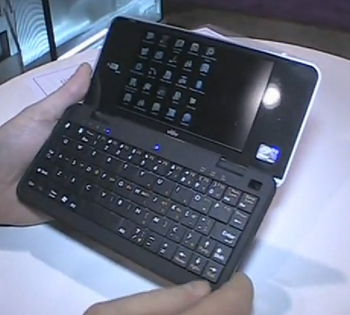 Jkk sounds really excited to be checking out the upcoming Viliv N5 that was recently announced, saying that he feels confident that this is â€œthe ultra mobile PC that we’ve all been waiting for inch. He has a quality 5 minute video looking around the hardware of the device. Jkk estimates a few weeks until the N5 will be available, but at this point there isn’t anything official about pricing or release dates. He also mentions that there will be an 800×480 low-end version in addition to the 1024×600 model that he plays with in the video. Jump over to his site to see the hands-on, and I’m sure Chippy will be having a look at this as well to give you his impressions.