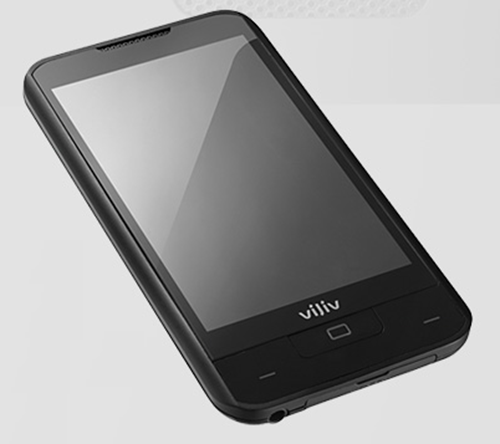 In addition to the S10 Blade [Portal page] and N5 [Portal page] that Viliv showed off at CES 2010, they also have a new PMP device called the P3. I wouldn’t be mentioning any old PMP, but this one has WiFi and runs Android (and Win CE as well, for reasons unknown), making it potentially a capable MID. Despite what appears to be a speaker at the top of the device; the P3 is not a phone.

The insides are ARM Cortex A8 which is running at 800MHz, and Viliv says it’ll be able to handle 720p playback and .mkv files which is pretty sweet, however, the resolution of the capacitive OLED screen is only 800×480, and there doesn’t seem to be any way to output content at an HD resolution, but maybe Viliv will announce something at a later time (there is a dock connector on the bottom). It will be available in capacities of 8/16/32GB of flash storage and also has a MicroSD slot for further expansion. A vibration motor (presumably for touch feedback) will be included in addition to an accelerometer.

Naturally, jkk managed to get his hands on the Viliv P3 while he was at CES, have a quick look below: