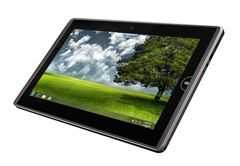 I know there are a lot of designers, manufacturers and resellers that read UMPCPortal so this one is for you. Potential Windows 7 Slate customers should also read this. In fact, as a reviewer, I’m learning from this White Paper too!

Windows for Devices have reproduced an extremely useful white paper by Microsoft that gives detailed information about what Windows 7 can bring to slate PCs (note â€“ Microsoft aren’t using the ‘Tablet PC’ term!) and how designers should think about everything from ergonomics and electronics. Windows 7 is one of the only operating systems that provides the Full Internet Experience with a productivity focus and a touch-enabled user interface. It may not be the sexiest but as of today, nothing can touch it for desktop-style productivity.

The document is rich with advanced tips and inks and is also a recommended read for anyone considering buying a WIndows 7 ‘slate’. Clearly, with Microsoft pushing Windows 7 into this area, with OakTrail offering a super low-power platform and the general slate/pad/tablet wave of interest we’re seeing at the moment, there will be an increased number of offerings in the late 2010 and 2011 timeframe.

Additional information can be found in my article: Things to Consider when Designing or Buying a Tablet-Style Device