The Most Exciting Thing I Saw at CES: The Motorola Atrix’s Webtop Experience

At this years CES, Motorola announced a number of devices. We saw their Xoom tablet that they’d been teasing prior to CES; we saw their latest Droid phone, the Bionic. But the coolest thing I saw from all of CES this year (not just from Motorola) was their upcoming Atrix smartphone.

Chippy briefly wrote about the Atrix from the show floor, but it’s presence on our site was otherwise lost in the avalanche of news happening during those days. Now that the dust has settled, I can safely say that the Atrix represents something that I’m very excited about. Chippy called it â€œphone as a CPU inch and I think that’s a great analogy for it.

Motorola is calling the Atrix â€œthe most powerful smartphone in the world inch, and it had better be as it aims to act as a companion device while you’re on the go, then dock on your desk at home for a desktop computing experience.

This idea isn’t new; those familiar with the ultra mobile PC category know about the advantages as an ultra portable device that’s also their desktop. Palm actually tried (well, tried to try) something similar with cellular devices back when they announced their Foleo, but it was widely criticized and eventually canceled. It seems, however, that we’re just starting to reach the point where the smartphone platform has become powerful enough to make this a reality. The Motorola Atrix is just one step in a longer path of truly ubiquitous personal computing, but we’re on our way soon and the experience will hopefully improve from this point on.

So before we talk too much what the Atrix represents, let’s look at the device itself. Here’s the official specs, straight from Motorola:

A powerful phone no doubt, but also a low-powered computer. Stick it in the laptop dock to get a full keyboard, full screen, and desktop computing environment, complete with a fully functional Firefox browser (not the mobile version, this is legit Linux Firefox). There’s also an HD dock which can hook the phone up to any HDMI monitor or TV, and give you three USB ports for keyboard/mouse/etc. as well as audio output: 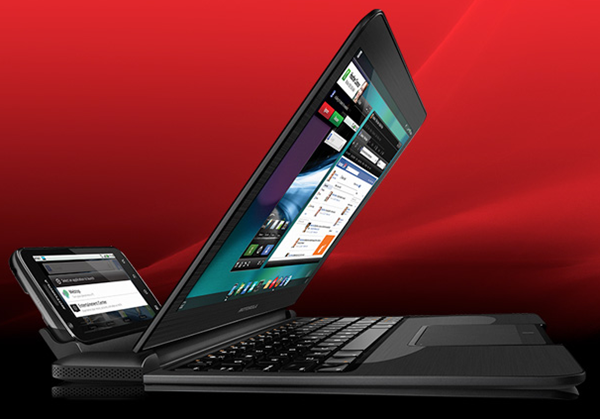 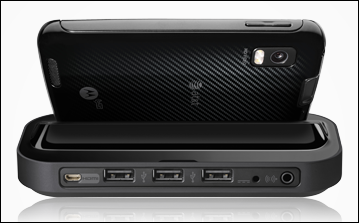 For more on the Atrix experience, have a look at Engadget’s video:

As you can see, the desktop experience certainly isn’t the fastest in the world, but beyond the device itself, the Atrix is representing an exciting push for ubiquitous personal computing, from one device,  in the main stream and I cannot wait to find out where it leads us.

There’s obviously performance and battery life concerns with this sort of solution, but given the right speed and battery longevity, could this sort of phone-as-a-CPU computing paradigm work for you? Would it improve or stifle your work flow? We’d love to hear your thoughts in the comments.