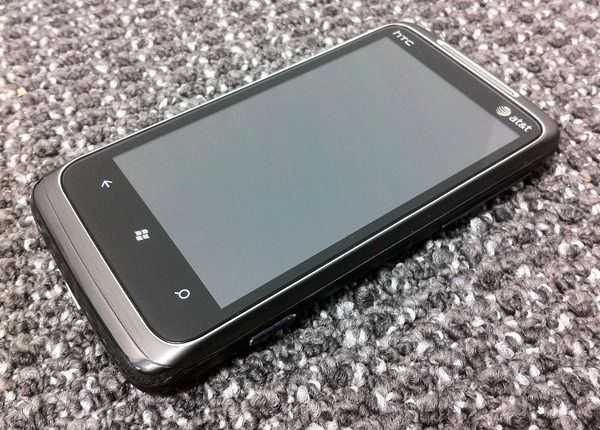 The HTC Surround feels quite solid and is certainly a substantial device in the hand. The addition of the slide out speaker feels mostly useless and falls heavily in the novelty category, and while it doesn’t offer impressive audio quality, at least it doesn’t detract from the phone that much. I would have preferred if HTC would have scrapped the sliding speaker and made the phone more solid (no moving sections) and thinner, but that’s pretty much what the HTC HD7 is. The camera would benefit from some higher quality components. The stand was well implemented and definitely a nice bonus.

Windows Phone 7 on the Surround runs smooth on all the core parts of the UI. Third-party apps need a multitasking/backrounding scheme and it looks like devs need more experience with the platform to make triple A apps a reality. There should be a way to switch quickly between apps rather than always having to jump back to the home screen. Out of the box I feel that WP7 is more user-friendly than Android, but it needs work before it can feel like a truly productive platform.

Considering that Windows Phone 7 is a total restart of Microsoft’s mobile OS offering, and that’s it’s just out of the gate, it’s impressive. But in a world full of several mature and maturing mobile operating systems, WP7 needs a serious 2.0 update if it hopes to make a dent in the space. If Microsoft doesn’t deploy such an update soon, they might get knocked out of the race all together. Perhaps the recent news between Microsoft and Nokia with regards to WP7 will help move things along.