One Year with the Galaxy Tab 7, What Next? Huawei Mediapad? 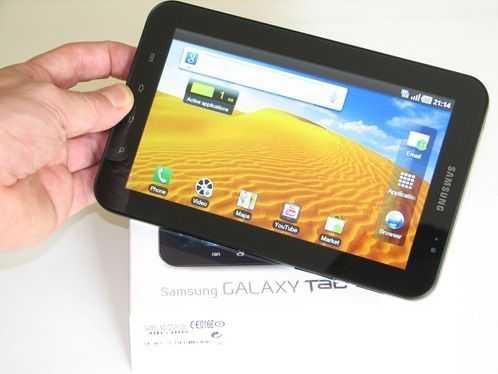 One year ago I was lucky enough to be one of the first people in the world to get a retail version of the Samsung Galaxy Tab 7. The unboxing video has been one of the most viewed videos I’ve ever done. A quarter of a million views was largely due to early excitement but even today, the video regularly gets 300-500 views per day. The Galaxy Tab 7 was a success not just for me though because sales figures and charts tell the same story. It proves beyond any doubt that there is a market in the 7 inch space.

The fact that the follow-up Samsung Galaxy Tab 7.7 was launched at IFA (video, article here) and that the Galaxy Tab 7 Plus is also on its way proves it too which is good for me and for many ultra-mobile fans because it means we have an upgrade choice; and it’s about time to start thinking about those choices.

The Galaxy Tab 7 is still my most used daily device (yes, more than my phone) but next to newer Android Honeycomb / Tegra devices it’s feeling slow and clumsy. I want my browser to sync. I want my widgets to be resizeable and I want better processing power. Honeycomb 3.2 is mature enough to recommend now and from this point on I won’t be recommending the Galaxy Tab as a new choice unless you find a great deal somewhere and just want to use it in a casual fashion.

(There’s an active discussion happening on Google Plus right now too.)

It’s fun looking for upgrades and when I tested the Galaxy Tab 7.7 at IFA this year, I was almost sure it would be my next device. That was until the Apple patent issues had it taken off the table, literally. Since then though we’ve seen the Galaxy Tab 7 Plus which solves 2 out of the 3 problems I have with the Galaxy Tab.

The CPU is improved to a dual-core 1.2Ghz part and the OS will be Honeycomb 3.2. The third issue, that I don’t believe it does solve, is the screen. I’m happy with 1024×600 but I’m not happy with the outdoor or even bright daylight use. The glass seems milky and it limits the ease of use in many situations when I’m out and about.

In Europe we’re expecting the 7 Plus with 3G and 32GB for â‚¬499 at the end of this month. Definitely something to think about! There are other options though.

The Acer Iconia Tab A101 is available in Europe today for around 400 Euro. The specs  and price look great but personally, I have two issues. I have the Acer Iconia Tab A500 and I’ve learnt that Acer may not have the best Android OS team. Early firmware for the A500 wasn’t good at all and it makes me hold back from going further with Acer Android tablets. The second issue is the screen on the A100/101. It isn’t an IPS screen which means in portrait mode it has un-equal viewing angles. See this video for a demo and an an explanation.

I’ve had the HTC Flyer too and while it’s at a better price now, it’s still an Android 2.x device. Having said that, it’s supposed to be updated to Honeycomb eventually. The screen is better than the Galaxy Tab, build quality and battery life are top quality but do I want to pay 500 Euros for a device that I already had once, and then sold? Even though the price has improved, the 3G, 32GB version is still a rather expensive 550 Euros.

There’s one more device that I’m looking at though and it’s rising to the top of my list very quickly. The specs are right, the price is right and, as a blogger there’s nothing better than getting a device on the day it launches. The Huawei MediaPad with 8GB and 3G, dual-core 1.2Ghz Qualcomm CPU, a 1280×800 IPS display and Honeycomb 3.2 is going to be available in about 2 weeks for 399 Euros. That’s a deal worth taking a closer look at.   Given that someone needs to give this baby a damn good test, it makes sense for me to test it out so I’ve decided to go ahead and buy the Mediapad as soon as it’s available later this month. Unless I hear some bad news between now and then you can expect some decent reports from me, here on Carrypad.

The Mediapad is in the database.