Is Samsung Going to Confuse Customers With Galaxy Tab Nomenclature? 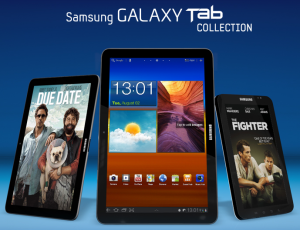 Samsung was the fist to show that Android could succeed on a tablet when they launched the infamous original Galaxy Tab back in October of 2010. This was a 7″ device and was devised long before the tablet-specific Android 3.0 Honeycomb build was available. Despite relying on a customized version of Android which was meant for phones, the original Samsung Galaxy Tab 7 succeed and paved the way for future Android tablets.

Eager to run with that success, and now armed with the tablet-oriented Honeycomb, Samsung began to add various sizes to the Galaxy Tab line. Now that Android 4.0 Ice Cream Sandwich has been unleashed, Samsung faces the problem of bringing their current devices up to date with the latest software. However, Samsung is going about it in a dubious way — they’re adding new models which seem to usurp older models, but the specs and designs hardly differentiate the new products. Here’s the current rundown of Galaxy Tab devices (sorted by series chronology):

Let’s not forget that these devices all look frighteningly similar to one another, given the same size class.

And this is all fine coming from someone like myself whose job is to track this stuff, but to your everyday consumer, this is sure to be a mess. It’s going to impact customers when they search for these products online, when they try to find reliable reviews and specifications, when they go to purchase the products, and even when searching for after-purchase support.