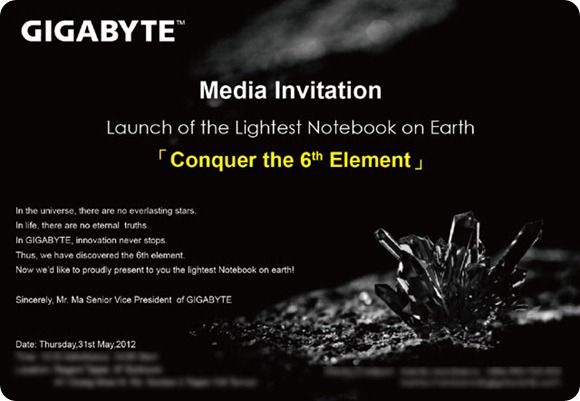 Gigabyte are going to have to go for a 10 or 11.6” display (X11 hints at 11.6) with lots of carbon fibre and a highly integrated motherboard. A smallish battery, 35Wh or less, is to be expected. I’ll be impressed if Gigabyte come up with something special on the 31st because this is a small company we’re talking about. They don’t have the huge resources of a company like Samsung or Apple. My money is actually on a OEM build. Maybe it really is the Luvbook X we’re talking about.

The Luvbook X11 is up for pre-order at Dynamism by the way.