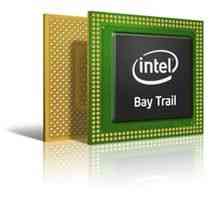 At a Baytrail press event at IDF we’ve just had a more detailed update on what’s happening.

Baytrail is the new low-power architecture platform that scales from small tablets to 2-in-1 and desktop devices across, mainly, Android and Windows 8.

Here are the main points, some notes and images from the event. 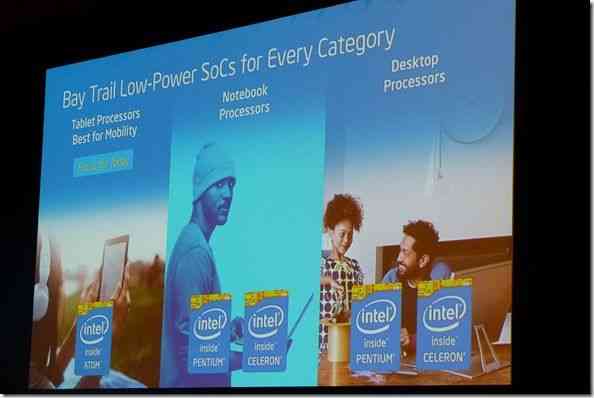 Baytrail (Z3000-series) focus is on tablets with Atom branding today but Pentium and Celeron will be used for notebooks and desktops.

Question: Does 2-in-1 fall under tablets or notebooks! (When will 2-in-1 launch) 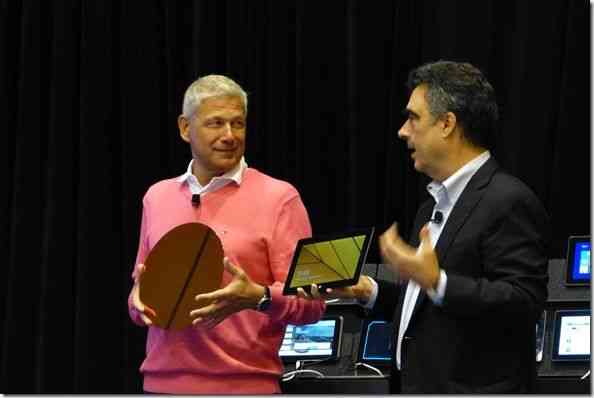 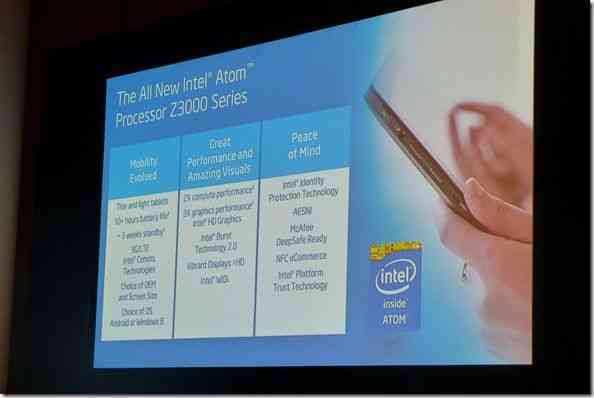 Question: Are all Windows 8 devices on Baytrail CS-enabled. (A later question alludes to the affirmative.)

3G and LTE options will be available. E.G. 7160 LTE modem built into one of the reference designs. 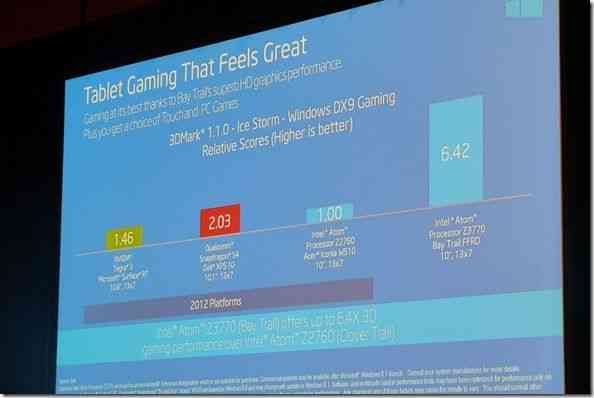 There are some independent performance results already out.

Android and Windows 8 Gaming will, according to Intel, move from casual into more serious gaming. Asphalt 8 and Halo were demonstrated. 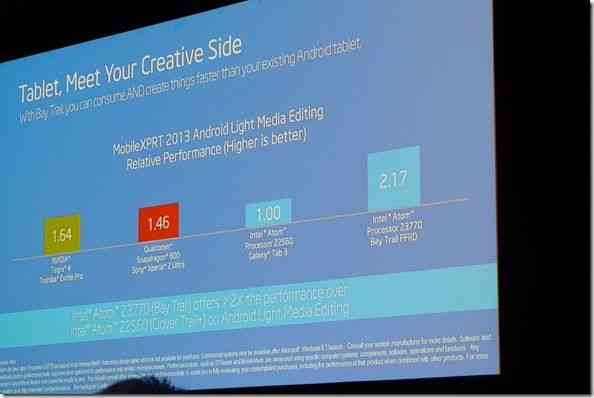 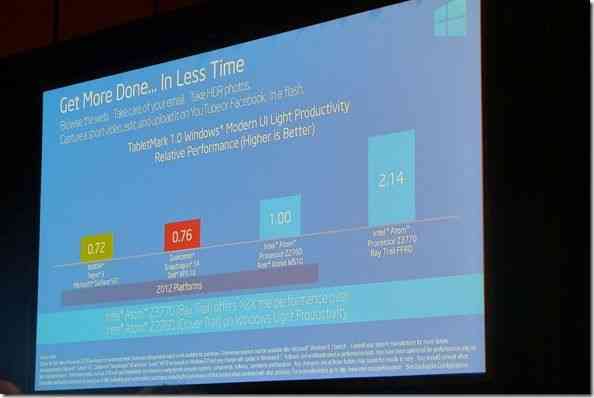 Intel refers to this as being in the right gear for the task. Intel mentions HUGI (Hurry Up Get Idle) for the first time in a few years. Getting things done more quickly can save battery. 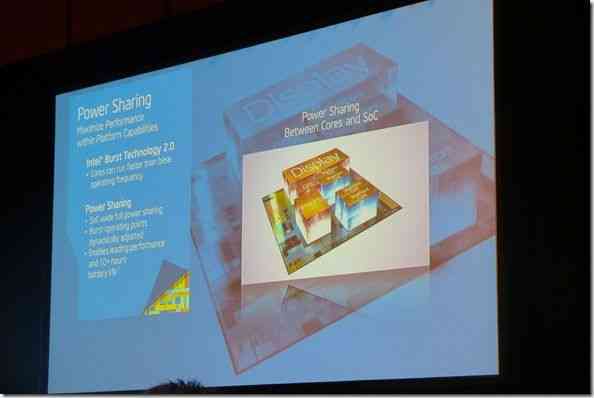 This slide shows some of the ecosystem partners involved with BayTrail products. 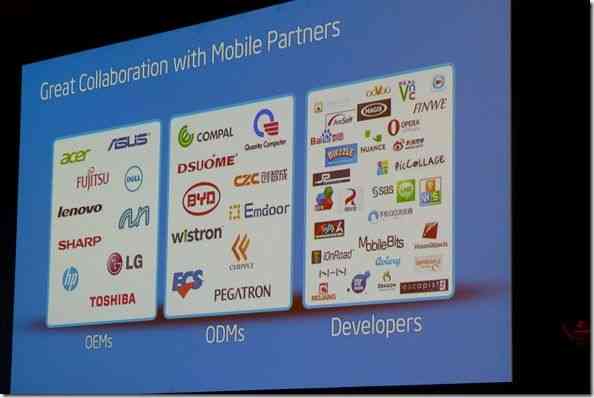 We’ll try and get some hands-on with the devices that are here and update in a follow-up article.