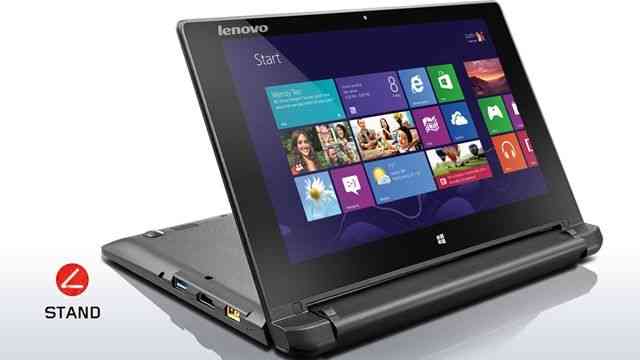 Spotted in UAE and Singapore is a new 10-inch Lenovo Flex 10. We’ve seen the 14-inch version of this running a Core CPU but here’s something that lines up with the new class of netbook-style devices.  Available with four different CPUs, up to 4GB of RAM and weighing 1.2KG it is priced locally at around S$699 (US$562.)

There’s no SD card and no removable battery and the screen is a basic 1366×768. Pentium models will come with 4GB RAM .

Lenovo have the Lenovo Flex 10 on their website here.