It’s clear that Baytrail-M PCs will be the low-cost options in the touch notebook and 2-in-1 space. This Medion Akoya P2212T, spotted in Austria, comes with a Celeron N2910, a Full-HD 11.6-inch screen, 64GB SSD + 500GB HDD and costs only 399 Euro, inclusive of taxes. There’s even an AC-capable WiFi module. Where’s the catch? 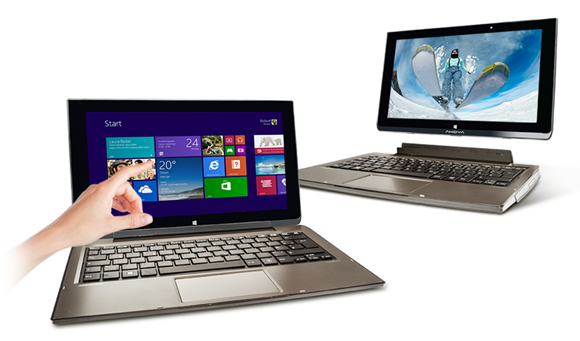 An 840 gram tablet seems acceptable, especially when it’s an 11.6-inch one at 399 Euros but to turn it into the laptop you’ll have to double that weight. Having said that, you do get the 500GB HDD, additional battery and keyboard which, it has to be said, is the important bit we don’t know about yet. The screen is an IPS-like one, if “Advanced Hyper Viewing Angle” does what it says, and at FullHD resolution there’s nothing to moan about there. You’ve got USB 3.0 and USB2.0 on the tablet along with audio, MicroHDMI and a microSD slot. On the base unit there are two further USB2.0 ports. (Shame those aren’t USB3.0.)

The Celeron CPU does have some limitations when you consider that it’s a 1.6Ghz processor with no Turbo Boost, no Hyperthreading and no Intel Quick Sync video (video encoder/decoder – we’ll have to see how video playback performs.) Coupled with 2GB of RAM it’s obviously aimed more at home and student usage.

Sales start in Hofer, an Aldi company, in Austria and we would expect the offer to spread to Germany and possibly the UK.  Given the timing, the price and the coverage (Aldi have over 9000 sales locations,) expect this to sell good numbers, in the same way that the first Aldi netbook did in 2008. Remember that Medion is a Lenovo company too so we might see a variant of this under the Ideapad Miix Brand. Miix 11 anybody? 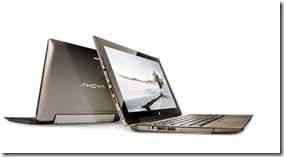 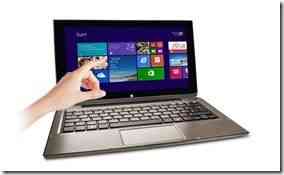 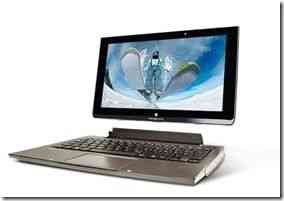 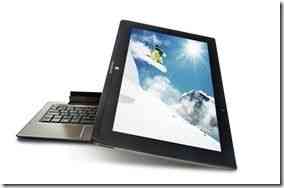