Dual-OS computing has been a hot topic recently but Bluestacks have been in the game for a few years with their ‘runtime’ that executes in the Windows app space. Bluestacks are now announcing that they will take that further forward to offer a complete Android OS wrapper for Windows. Like previous versions it’s going be best when it’s optimised and offered as part of the original product and there could be some gotchas but we should pay attention because, if it works, it will be better than quick-switch or dual-boot. 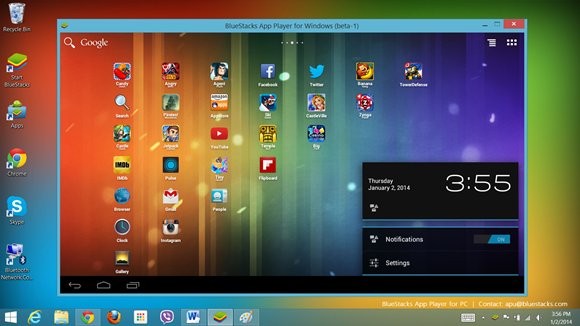 Note that there’s no mention of Google Play there so we’re probably talking about AOS here with the BlueStacks Cloud Connect service it looks like you can push apps directly from a phone, which obviously would have Google Play and Google apps.

Timescales aren’t given and it’s not clear if this software will ever be user-installable; Optimisations will probably be required for each PC product but if it works it could be quite a nice exclusive for AMD products in the future.

AMD have a blog post on the topic here.