The Acer Iconia W4 is a recent addition to the 8-inch Windows tablet scene and it brings with it a full line-up of specifications that include HDMI, GPS, large-capacity battery as well as an interesting set of keyboard accessories. There’s a 21Mbps 3G version available too and that’s the one we’ve got here. Thanks to Acer Europe for sending it over for review.

In a live session last night we took a look around the device in some detail and I recorded an HD version of that for YouTube. The video is shown below.

I haven’t found any major issues so far but the device is relatively heavy. 430 grams compared to the 350 grams of the lightest 8-inch Windows tablet, the Lenovo Miix 2 8 [info sheet], is noticeable but the Lenovo has a smaller battery and no HDMI which a lot of people are interested in having for large-screen usage. 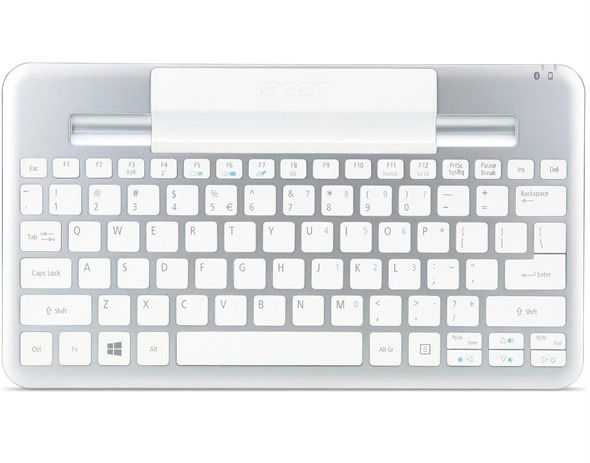 The plastics used for the casing aren’t too inspiring but this is a device we think will be driven by the need for a 3G option or a desire to use one of the two keyboard options (additional video below.) Pricing looks like it might be competitive too as this 32GB HSPA+ (21Mbps) version is  under 400 Euro.

Remember that Microsoft Office is included for that price so pairing it up to a larger screen with HDMI would give you a usable office system and a 3G tablet for a very cheap price. Acer have included a MicroUSB to USB host adaptor cable so you can plug in your USB2.0 accessories and get straight to work.

A full Acer Iconia W4 review will be ready towards the end of the coming week and will be linked into the Acer Iconia W4 specifications and information page.