Microsoft’s 8 Reasons to choose Windows Laptops instead of Chromebooks

Microsoft and Google are now head to head in the $250 laptop market and it’s going to be one big fight. Chromebooks and the Google ecosystem vs low-cost Windows laptops and the Microsoft ecosystem.  I have my opinion on which option is better (tip: there’s no best laptop, just a best laptop for you) and many of you have solid opinions too but what do Microsoft say? On their Windows 8 Chromebook comparison page Microsoft have listed 10 points that should be considered before choosing between the two.

Interestingly, and so, so obviously, Microsoft have omitted the discussion on security.

What they do mention is: Applications, desktop, printers, DRM content, peripherals, document locations.

The elephant in Microsoft’s room is the important area of security. I’m very impressed with the security features available on Windows 8 but it’s not easy to make sure you have these features in your laptop or even to configure them when you have them. Chromebooks have the huge advantage that they don’t assume that the user is going to proactively act to improve security. “We update transparently and try to provide safe defaults without asking users to make security decisions” [src.]  Cheap Windows 8 tablets do a good job if you use a Microsoft account (disk encryption, login tracking, secure boot, sandboxed apps in RT mode) but more needs to be done for the laptops which don’t have some of these features. Windows desktop remains a huge risk area too.

One other point I would argue, and Microsoft should bring this forward, is the fun aspect of using a touchscreen Windows device in RT mode. Chromebooks are as boring as Windows 7 laptops were and that’s not going to attract consumers in the sub $300 bracket. Devices like the Lenovo N20p might change that but only if Chrome OS evolves to offer better touch features and a richer choice of entertainment. 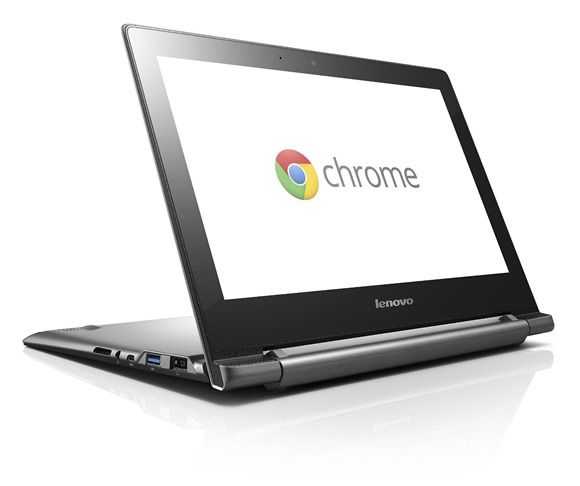 As you might have noticed I’m increasing my coverage of Chromebooks as simple, portable, secure PCs. I predict they will sell well as they improve over the next few years, they will drive a significant improvement in security across low-cost PC products, they will drive down prices of small Windows PCs and you’ll see some movement of Chromebooks into the ultra-mobile space very soon. I look forward to the first sub-1KG product.

We’re tracking the lighter Chromebooks in our database.