What can Broadwell do for Surface Pro?

At best, Core M (AKA Broadwell Y-series) can only match the performance of U-series SoCs found in a Surface Pro 2 and 3 so although it would allow a lighter, fanless design, or a 13.3-inch screen at the same weight, it wouldn’t offer the same long-term performance.Where it might fit is in a 7mm thick 10-inch tablet weighing just over 1 pound, A good design upgrade to the Surface 2 Pro.

A true Surface Pro 3 laptop-replacement upgrade, a Surface Pro 4, would need Broadwell-U series but at 15W TDP (rumored) that wouldn’t enable any fanless or lighter designs. A faster GPU, and improved media hardware codecs might be interesting, but not groundbreaking. Surface Pro 4 may have to wait until Skylake, the next generation, available at the end of 2015.

The third option would be an updated Surface 2 (an upgrade from the ARM-based Surface 2)  based on Cherry Trail  where designs could range from 8-inch to 11.6-inches and stay light and fanless. Processing power would not be laptop-class but the improved GPU on this platform could offer some gaming possibilities. The problem here is that ARM-based tablets would compete. Cherry Trail and Windows 8/9 would need to offer significant advantages. If it could, it would fit very well if the Surface Pro 2 was discontinued. It would also clear  space for a 7-8-inch Lumia. Windows 9/RT phablet or Surface Mini. Let’s take a look at the available X86 platforms (where only Intel is offering leading-edge technology today) and consider where they might fit across three different types of Surface Pro. 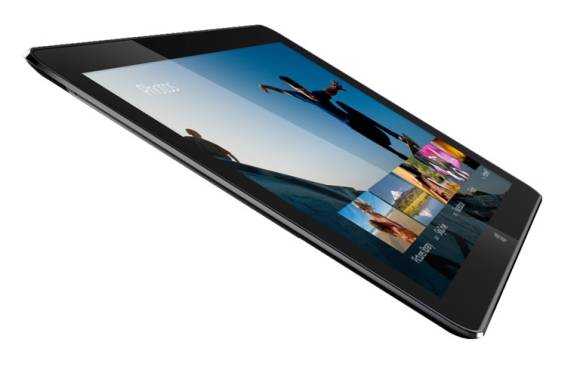 Given that the Surface Pro 3 appears to be selling well and that it launched in May and is only just available in many countries a replacement would have to wait until at least Q2 2015. Waiting until Q4 2015 would open up options with the next generation Core – Skylake. Here are the options.

Update March 2015: Microsoft had already declared that there will be forward compatibility with the Surface Pro 3 docking station and keyboard so it really leaves us with a 12.5 or 13.3 (borderless) screen option. In order for it to be a significant upgrade from Surface Pro 3 it would need: to include much of the following:

That leaves space for one more product. Surface 3 Plus. An entertainment focused hybrid all-in-one with a 15-inch screen. Core M fanless and ground-breakingly light for home and office productivity, education and more.  It’s not something interesting for UMPCPortal but it’s an interesting thought. As for a Surface Mini it seems unlikely at this stage.

We’ll all have our personal favorites but in terms of broad appeal the 11.6-inch or 12.5-inch Cherry Trail tablet (fanless, very light, lower cost) Surface Pro could be the best option if the Surface 2 and Surface Pro 2 is phased out. It would not directly compete with an existing Surface Pro 3 in terms of performance and could be cheaper, lighter and fanless. In a 12.5 inch version it could be the a Surface Pro 3 ‘lite’ and use existing peripherals.

In terms of Surface Pro 3 replacement, it’s a difficult choice and I don’t see any obvious option. Waiting until Q4 2015 might give Microsoft a Skylake (6th generation Core) option.