Among the many well-presented and informative sessions at BUILD last week was one on pen and touch input, DirectInk and APIs in Windows 10 that will improve the experience, reduce latency and make it easier for developers to add ‘ink’ capabilities to Windows 10 applications. With around 15 million pen-enabled devices in customers hands and increase in the number of pen-enabled tablets available it currently represents a niche opportunity for developers but with these changes in Windows 10, Microsoft’s acquisition of N-Trig and the low-cost Surface 3 the opportunity could grow significantly.

The session, available here and worth some of your time if you want to get deeper into the subject, started off with a few slides that show how digital ink can be enhanced by through metadata or conversion into other forms. Microsoft suggest that ink can also increase the personality of an email response or enhance a concierge request for a local restaurant by adding search information, a map and navigation.

Digital ink can be enhanced 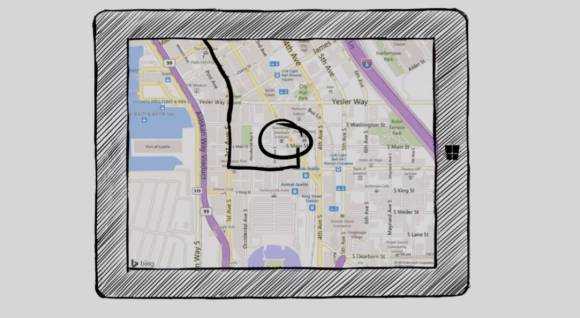 Microsoft’s figures show that over the last few years there has been a 50% year-on-year growth in Windows active pen and touch devices sold. 50 million touch enabled devices are now in the market with around 12-15 million of those being pen-enabled Windows devices. The numbers aren’t huge but the growth-rate is significant. 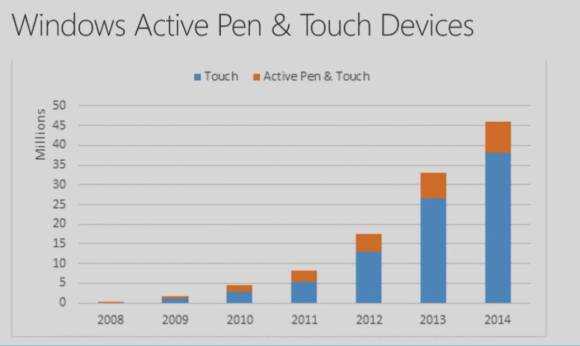 Ink beautification, pressure and latency play an important role in the inking experience and with pixel density reaching magazine levels of 720 DPI on some tablets the screen hardware for reading and writing is reaching optimal levels. Microsoft are improving the beautification process in Windows 10 with a new ink renderer running through DirectX 12 which removes the distinct points you often saw on Windows 8. Other optimizations have reduced typical latency by 50% from 80-100 ms to 40-50ms. Microsoft says that its research shows that at that level the user can’t detect any latency at all.

The Microsoft Edge browser (formerly project Spartan) is using these enhancements so if you’ve got a Windows tablet you can install Windows 10 (starting with build 10074) and test it out. 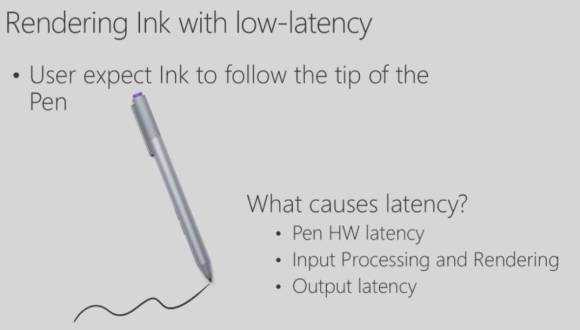 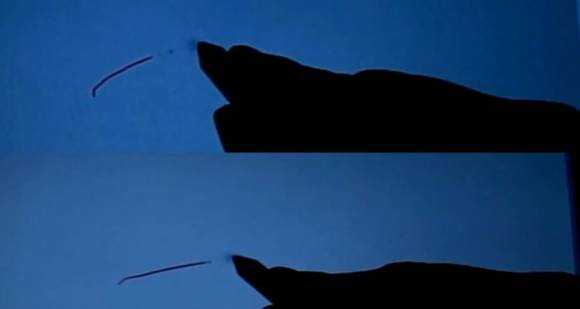 Palm-rejection is another issue and Microsoft say that they have improved in this area too with fewer false-zooming and  palm-trail problems. With Microsoft now controlling the N-Trig hardware Surface tablets could now be at the forefront of improvements.

Overview of inking improvements in Windows 10

Microsoft have also improved their API for developers. The APIs across phone, PC, Xbox and other devices are now converged and the new DirectInk API aims to make the process of adding touch and pen enhancements to Universal Apps even easier. Again, the Edge browser is the showcase example of that with its annotation capability.

For more information on developer API features the section starting at 26:31 in the presentation is the important bit.

It’s called ‘natural input’ but it’s not natural for many in the new generation where emoticons and acronyms rule. It might already be too late for mass pen adoption.

Personally I have other issues too. Since starting to use the Surface Pro 3 stylus I have enjoyed inking a lot more than before but that doesn’t mean I will use it more in the future.  I’m left-handed and have never been a handwriting fan. My terrible handwriting quality certainly isn’t a ‘personality’ I want too many people to see either unless, perhaps, the Windows ink beautifier can be enhanced to post-process a stylish version of my scribbles.

There’s also the issue of cost and pen stowage. Screen DPI is reaching the right levels but there’s still an issue of daylight readability. A 400-nit 11.6-screen can use 3W just for a backlight and it kills battery life and makes thermal design challenging. There are some optimizations being developed [see: assertive display] but it’s not going to bring the experience up to paper levels of sunlight-readability. These barriers won’t help create a solid opportunity for developers; and then there’s the numbers…

The sales numbers sound good but that 50 million device number is cumulative. Year-on-year increases are in the region of just 10-15 million touch-enabled devices sold. That’s not a lot at all compared to Android tablet and iPad tablet sales figures and it’s almost shocking considering that touch-enabled Windows tablets can be had for under $100 and that there are many laptops out there that include touch. If only 20% of those are digitizer-enabled then the economics look even worse for developers unless they are creating innovative pen and touch applications that can be sold at high cost. If Apple decide to include a stylus on an iPad Pro then the Windows pen economy will have another challenge.

A list of pen-capable tablet PCs. (Updated from our database.)

In my opinion the classroom and other vertical markets are still the place to start for developers and with the Surface 3 / Pro 3, N-Trig and Windows 10 combination Microsoft seem to have prepared the ground well for some growth in that area. For the mainstream though, I remain skeptical of the opportunities and take-up.