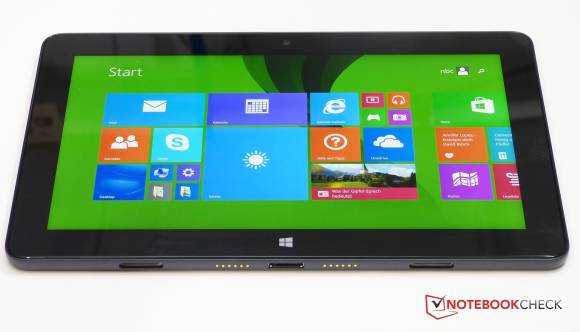 Build quality is excellent and there’s really nothing you can call sub standard here. You’re getting a full Windows 8.1 Pro OS and an extensive set of BIOS options. If you’re concerned with security of data, and happy to be using Windows, this has everything you need except a 3G/4G module for location-tracking.

I only tested the tablet but there’s two keyboard options available for this so if you’re interested in something like the Surface 3 and don’t want the Type-Cover style keyboard, this is an option. Even the performance is up there with the Surface 3 and that was the really pleasing part of review. 4GB RAM and the extra CPU clock turn this from a ‘just enough’ Windows PC into a usable desktop PC. The USB 3.0 port is good too because you can just plug a USB 3.0 DisplayLink dock/adapter in and start working.

Perceived performance isn’t quite comparable to something like the Acer Switch 12 with Core M but I get the impression that it’s more to do with disk speed than CPU-related issues. The eMMC, while reasonably good among comparable tablets, just isn’t fast enough for many Windows tasks. The first hours after boot-up is torture as indexing, updates and anti-virus checks hog the system. You’ll find the updates stretch over days now that Windows 8.1 has been around for a while. Graphics performance isn’t that special although it’s noticeably better, again, than Baytrail-M tablets clocked at 1.33 Ghz. Windows Store gaming is fun and I got caught up with Drift Street Mania for at least an hour! There’s potential for a bit of video editing, perhaps even full HD editing because the Quick Sync silicon benefits from the higher clock. It’s half the speed of a Surface Pro 3 though so don’t get too excited about editing in the field.

Great standby battery life indicates a well-designed mainboard and overall the battery life was acceptable. You’ll probably get 10 hours of video playback on a flight (low-light) and if you take a spare battery you’ll be able to swap it in. Yes, the Dell Venue 11 Pro 5130 has a user-removable battery. 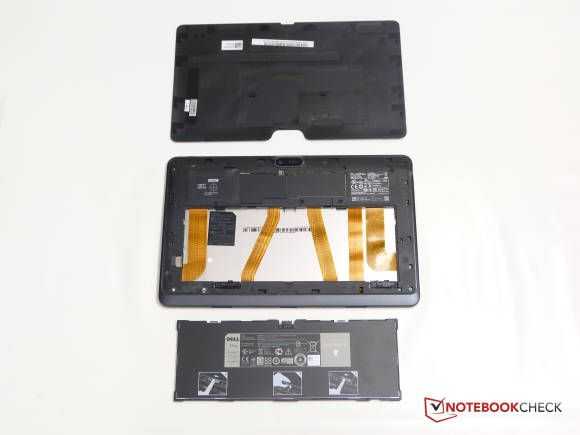 The Dell Venue 11 Pro is a really well-built tablet but it doesn’t have any consumer sparkle. It’s too heavy for consumers, too wide, has a limited app store, will be expensive with a keyboard and looks very boring. But it’s not meant for consumers. This is a tablet for road warriors that need security, flexibility, good battery life and a solid construction. A good range of accessories supplements the Pro branding.

There aren’t many devices that fit in the same class as the Dell Venue 11 Pro (5130) but one thing is for sure, the 2013-launched Z3000 series is nearing the end of its life and despite the good performance this product is going to ‘age’ quickly. The new Lenovo Thinkpad 10 (Atom X5 / X7) and the Surface 3 (Atom X7) are just two examples. To that end, look out for offers on the Dell Venue 11 Pro 5130 because it’s one of the best examples of an Atom Z3000-series tablet.