Incredible offer on top-end Lenovo Thinkpad 8 in Europe – I just bought one.

Be quick because this is the best offer I think I’ve ever seen on an ultramobile PC. 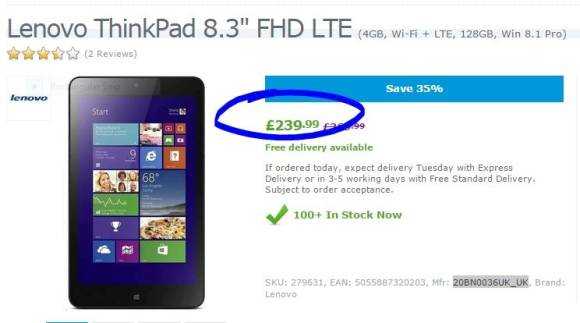 Lenovo Thinkpad 8 tablets in the UK are all on offer now but there’s one incredible deal that I want to highlight. This is probably the most tricked-out ultramobile PC on the market and it’s on sale for £240.

Look carefully at these specs:

I know this was launched on 2013 and I know that these price cuts mean that something new is coming but trust me – these specs are good enough for 2015 and 2016. Just get out there and buy this damn thing before it’s gone.