Huawei just launched a product that’s got style, a thin bezel and fingerprint-unlock. There’s a USB port too.

I’m not talking about the Mate 8 that I’m testing right now I’m taking about the Huawei Matebook that just launched at MWC. It’s a 2-in-1 running Windows 10 on the latest Core M platform. 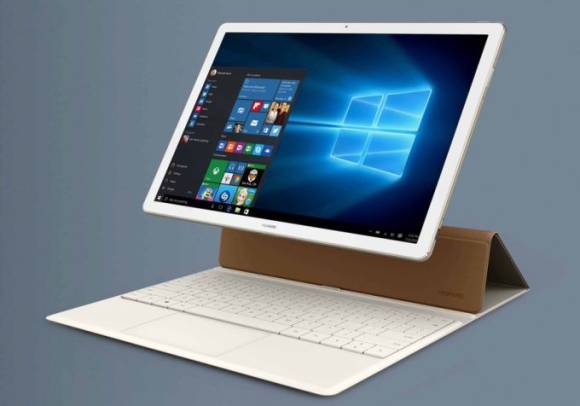 This fanless tablet has no stand and includes a 33.7 Wh battery, smaller in size to the battery in the Surface Pro 4, Lenovo Miix 700 and Spectre X2, all of which I’ve tested recently. It will certainly be powerful enough for office work, Minecraft and basic Full-HD video editing. The latest Skylake Core M platforms are truly as fast as a Surface Pro 3 for most tasks but don’t expect to reach the claimed 10-hours of battery life under normal conditions.

How does a phone company position the pricing of a tablet PC? Huawei has chosen to go high-end here with a Core m5 version (8GB, 256GB) that costs more than the equivalent Lenovo Miix 700. It looks a lot slicker, yes, but that’s a huge price for a Core M-based PC.  Are Huawei thinking of bundling and carrier deals here?