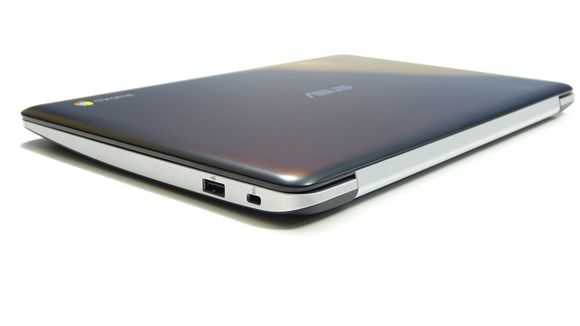 I’ve previously done work with ChromeOS and Chromebooks but this is the first time I’ve done a top-to-bottom, deep-dive analysis of a Chromebook. The two weeks of testing and analysis has just been published at Notebookcheck.net and the overview video is below.

The ASUS C200 is probably the most productive PC per $ that I’ve ever tested. It offers over 10 hours of battery life in some scenarios and along with that it’s got a good keyboard, it’s light (1.2KG) and it’s completely silent.  But it’s a Chromebook and it has its limitations. It’s also running on a low power Intel Baytrail-M platform so that has limits too.

Luckily the C200 is running a high-end Baytrail-M platform so performance isn’t a major issue for web browsing but when it gets to HTML5 applications there are some issues. Documents in Google Drive took a long time to load as did my large Google Play Music collection and even good old Tweetdeck.  These long loading times aren’t due to poor WiFi performance as the AC-capable module was strong throughout the test.

Good speakers mean you’ve got the potential for a good video experience and this 32GB model had enough space to load up a number of films. With 10 hours of offline video viewing available with one charge you’ll have no problem on a long-haul flight although it must be said that this non-IPS 1366×768 screen has limited viewing angles.

ASUS have done a good job with the C200. It’s not a direct competitor to the Acer C720 which  you would probably choose if you were more into web-based working. If you’re more into a casual web experience, the C200 is the Chromebook to buy.

It’s well-built and incredible value. $229 right now on Amazon. Looking forward to 2015 and a time when Android Runtime and local apps are starting to be ported over it could solve some of the issues  I listed in the full review. Here’s a summary of those Chromebook issues:

Enjoy the video and the full review and if you have any questions, let me know.