Not quite as far down the line as some of the other Android tablets we’ve seen at IFA is this, the Interpad from E-Noa. [specifications] It’s a 10” capacitive touch device based on a Tegra 2 platform and will launch without 3G, camera and Google applications towards the end of this year at 399 Euros. That’s not quite up to the Archos 101 offering on the tablet right now but with 1024MB of RAM and the Tegra 2 platform, this is certainly a good one for hackers to think about! Android 2.2 is promised.

E-Noa will produce a ‘street’ version with the necessary specs for Google Market in early 2011. Price and full details unknown but we’re told it will have GPS and 3G. That would put it in the 450-500 Euro space.

Full gallery here or click on any of the images below for larger versions. 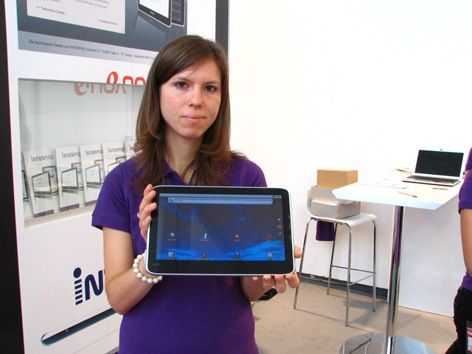 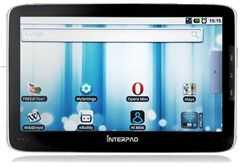