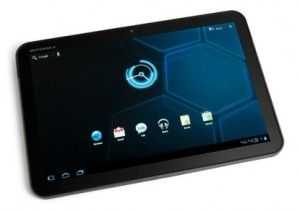 Every once and a while, our favorite deal-a-day site — Woot.com — offers up a nice treat for tablet fans such as ourselves. Today they’ve got the very first Honeycomb tablet to hit the streets, the Motorola Xoom, for a reasonable $349.

This is the WiFi-only 32GB version of the Motorola Xoom. Aside from lacking the components that facilitate WLAN capabilities, and a silver metalic back (instead of a black rubbery one), it’s nearly identical to the carrier version. Here are the vital specs:

See even more detailed specs and info at the Motorola Xoom tracking page in our mobile device database. We’ve also got a gallery full of Motorola Xoom photos if you’re interested.

After playing with the Xoom a while back, I have to say that I was underwhelmed by it’s performance. Updates to Honeycomb helped, but it was still far too buggy for my taste. I also looked at the unit as a video editing platform, but came away with the same sense that I had with Honeycomb — they need time to mature.

Go check out Woot.com to get in on this deal. Don’t forget, Woot sales are only good for one day, which means this deal will be gone forever at 1AM EST (and has a chance of selling out even before that time)! Good luck. 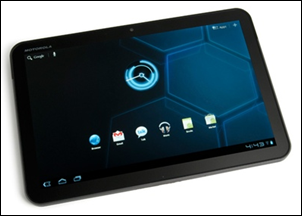 Thanks to the folks over at deal-a-day site, Woot.com, you have the option of picking up the first ever Honeycomb tablet, the Motorola Xoom, for $399. This is a refurbished 32GB WiFi-only unit. The 10.1 inch tablet is running Honeycomb 3.1 (the latest version).

If you don’t mind picking up a refurbished unit, you’ll be saving yourself a cool $200 off the asking price of $599 that you’ll find for a new WiFi-only Xoom direct from Motorola. This deal even beats the device new from Amazon which would run you $499.

It is my personal opinion that Honeycomb is not yet good enough for the mainstream. If you want value in a tablet today, go buy an iPad 2. The Xoom itself is a decent bit of hardware, if a bit heavy, but the software still needs time to mature. The Android Marketplace is not yet loaded with enough Honeycomb apps to make the Xoom shine as a tablet, and the Honeycomb interface is not intuitive enough for your average user.

That said, you may not be a mainstreamer, and may be willing to put up with Honeycomb’s rough edges for the sweet customizability that is Android’s hallmark. If that’s the case, we’ve had our hands all over the Xoom; if you need some questions answered, feel free to comment below. We’ve also got some Xoom related content that might aid in your potential purchase decision (also check below for specs):

Have a look at the specs:

Don’t forget that this deal be completely gone at 1AM EST, and may sell out (likely will!) before that time comes. Best of luck!