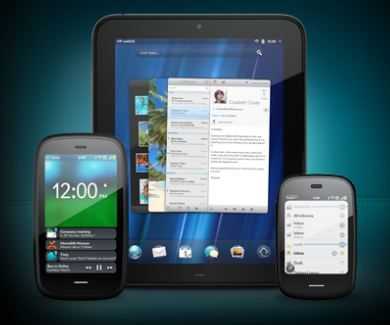 Last Thursday afternoon, the mobile and PC world was (moderately) shocked by Hewlett-Packard’s announcement that they were considering “all strategic options” for contending with the negative impact the HP Personal Systems Group (PSG) was having on the corporation’s total valuation. Key in this consideration will be the eventual fate of WebOS, the mobile OS that was brought in-house with the purchase of Palm in 2010.

We can understand a certain amount of confusion with the tech-following public as to what HP is really doing and what they committed to on the earnings call. The amount of speculation that I saw running rampant around the web on Thursday was pretty daunting for anyone trying to get the picture on what was really going on. I sat in on the earnings call and wanted to post a few notes on my own take-aways. I should mention that my comments focus on the impact to mobile. HP talked about a lot of other things on the call, including enterprise, and their move towards a software and service-centric focus, but that is not the center of this commentarty.

Leo Apotheker, who has been at the helm of HP for the past nine months, talked about 4 factors driving the strategic direction of HP for the foreseeable future. Of those, the most important to Carrypad’s readers will be the way forward with PSG, within which exists both the hardware design teams and the software development teams for WebOS and its devices to-date. Apotheker indicated that he felt that PSG can compete and win in the PC and mobile marketplace. However, and this was iterated many times throughout the call, the HP TouchPad had failed to meet the sales projections of the executive staff. Financial metrics were set before the launch of the woeful device; yardsticks by which HP determined the success of the OS and the device, and then used to determine certain strategic decisions within the corporation.

With the under-performance of the TouchPad’s launch, HP now intends to turn its emphasis towards cloud solutions for enterprise, encompassing software solutions and services. The company named a new VP for the Enterprise Services, which is the group that has evolved from the EDS purchase back in 2008. There is no question that HP is looking very intently at making themselves an enterprise-only solution provider. When you look at the financials, the reasons behind this may not immediately jump out at you. The chart below from the Quarterly Earnings Statement shows that the PSG accounted for nearly one-thrid of the company’s revenue. 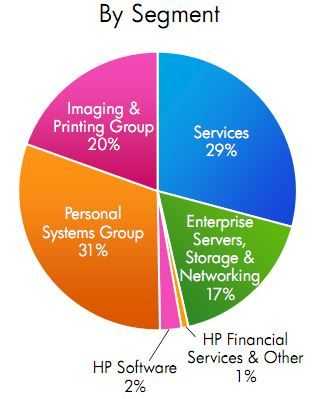 And while HP still holds the lead stake in market share percentage in the personal computer market sector, financials at the next level of detail reveal what has created a concern for Apotheker and his staff. The PSG was 3% off its mark from a year ago in revenue and showed no growth in total units year-over year. Additionally the division took in 4% less revenue in notebook sales, desktop revenue is down 4%, and consumer client revenue is down 17%. Now, some of these numbers may not seem like they should cause that much concern. However, and this is only my speculation, if HP believes that tablets and smartphones will be a growth product sector, and that notebook and desktop PC sales will continue to decline, and HP is looking at its most recent product launches in the mobile category… you might start to see reasons to be concerned.

You could even interpret some of Apotheker’s statements as equating to just that. He and HP’s CFO, Catherine Lesjak, spoke several times about concern over the “velocity of change in the personal computing marketplace”. Apotheker stated that the company had assessed that the impact of the Tablet on personal computer sales was a very real threat. When considered in conjunction with the poor initial sales of the TouchPad, the various factors combined to lead them to consider restructuring into a new HP that may or may not include the PSG, and therefore WebOS.

I have seen all sorts of hyperbolic headlines around the web saying that HP is selling off its personal computing business and that, at least as of today, is simply not true. The executive staff of HP have a 12 to 18 month outlook as to what may become of the PSG. Another important tidbit, which Apotheker said himself during the Q&A following the formal presentation, is that a possible outcome of the PSG assessment is that the division may remain a part of HP proper with no change in the corporate structure. I believe that other things would still change, like strategic focus, design approaches, and so forth.