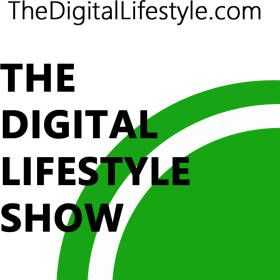 I joined the The Digital Lifestyle podcast this week and had an enjoyable and educational hour with Ian, Garry and Jason.

Did you know you can sync shared OneDrive folders on Windows 10? I didn’t! And how about updating your Lumia to Windows 10? Apparently it’s not quite ready for mainstream yet, but could be soon.

We talk about the Windows 10 upgrade process in the podcast, how smooth it is and how long it takes. How many people have upgraded and how much Windows 10 traffic is flowing on our sites now. I mention that none of my devices have had an ‘organic’ upgrade yet. We talk about Music services too – a big question for many, including me as I try to decide between Microsoft and Google or storage and supply.

It’s an interesting hour and I look forward to joining the TDL podcast again soon. 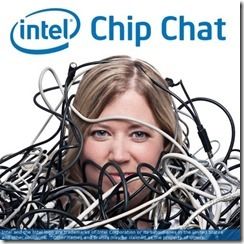 ChipChat is an Intel podcast about all things technology and I was fortunate enough to be invited in for a session at MWC a few weeks ago. We talk about Ultrabooks, sensors, screens, MWC, about my history and how I ended up as a tech reporter. Hope you enjoy it.

Thanks to host Allyson Klein (@TechAllyson) for the opportunity.

END_OF_DOCUMENT_TOKEN_TO_BE_REPLACED 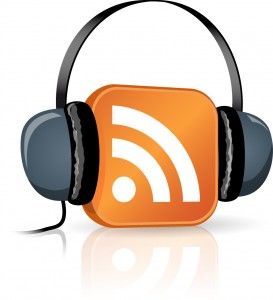 It’s Friday which means it’s time to give some attention to the software side of things with our continuing series of articles written in collboration with Intel. This week we’ve got the first ever Ultrabooknews podcast for you and guesting on the podcasts is Intel’s community manager for Ultrabooks and tablets, Bob Duffy.

Bob works in a team responsible for the Intel Developer Zone – the one-stop-shop for all your software dev information, forums, competitions, blogs, code examples, SDKs and more. The Intel Development Zone Ultrabook section is here.

In the podcast (24 minutes long) we have a great discussion about what happened at CES, about Ultrabook convertible form factors, what Haswell brings to the table, Connected Standby, CLovertrail, Bay Trail, touch, sensors, perceptual computing, events, competitions and more.

END_OF_DOCUMENT_TOKEN_TO_BE_REPLACED 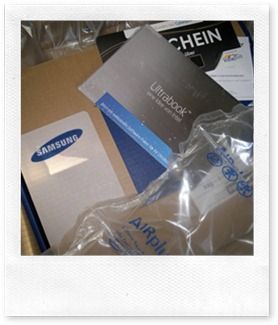 Update: Session is over now. Videos of the Samsung Series 5 livestream review  are available here.

I’m back from CeBIT and have two new Ultrabooks here; the Samsung Series 5 13” and the Toshiba Z830.

There’s only one thing to do, readers, and that’s to get the live cam on them, show you around them, do a live review and let you ask questions.

If you want to find out more about these two devices, or just chat about Ultrabooks in general, join me tomorrow (Sat 10th March) at 2100 CET (Berlin time. Your location listed here.)

END_OF_DOCUMENT_TOKEN_TO_BE_REPLACED

iOS 5 was introduced in June, and shortly thereafter, we noted that Apple completely ignored making the much-needed upgrades to their podcast support.

iOS 5 was announced 5 months ago and went through 8 beta releases, and yet podcast support has remained completely untouched. Sure, podcasts are free (which is probably why Apple isn’t paying attention to them), but come on, Apple! You’ve build a perfect model of how podcasts should work, but you did it with digital periodicals instead!

Apple’s new Newsstand application, which is part of iOS 5, allows users to purchase periodicals through the App Store, which will then go to the Newsstand (which is like a little folder on your home screen to hold those purchases). By purchasing such periodicals, you are purchasing a subscription. The function of Newsstand is to automatically download the latest version of your subscriptions, in the background, and without your intervention. This is exactly what podcasts are lacking!

Not only has podcast support not been strengthened in iOS 5, it’s actually been reduced in a way. Previously, you could subscribe to podcasts through iTunes on your computer, and the latest episode would be put on your iPhone/iPad/iPod Touch when you performed a sync. Now that Apple has “cut the cord” with iOS 5, allowing devices to be configured and used sans a computer, there is no longer any native option to subscribe to podcasts for devices configured this way!

Many of you might say “well, just go find an app”, but unfortunately that isn’t an option. As with other apps, Apple sometimes cheats with their own applications — any normal third-party application cannot download such files in the background, or make background checks for new subscriptions. This means that if we are to get reasonable podcast support in iOS 5 or beyond, it is up to Apple to provide the functionality.

While you can see and listen to any podcast available on iTunes through the iTunes app on any iOS 5 or prior version of the software, there is absolutely no way to subscribe or have new episodes downloaded for you (aside from the half-baked sync method which requires a computer and manual syncing). It’s up to to the user to go into the iTunes app, search for their favorite podcast, then check the dates to see if a new episode has arrived.

I find it hard to believe that it would be that difficult for Apple to employ a podcast subscription solution similar to what they’ve done with digital periodicals with Newsstand. Hell, they might even be able to find an extra revenue stream by allowing podcast authors to charge for subcriptions to their shows, or to include iAds in podcasts.

As I said in my prior article on podcasts and iOS 5, “for a company that invented the product that is the namesake of the term, Apple has done a paltry job of handling podcasting on iOS devices.”

For a company that invented the product that is the namesake of the term, Apple has done a paltry job of handling podcasting on iOS devices.

While iOS 5 undoubtedly added a lot of features that people have been wanting for a long time, I’m sorry to say that podcasting management appears to be as awful as ever in Apple’s latest version of the mobile OS.

For the uninitiated, podcasts are essentially internet radio shows. They are recorded, then offered up for download, generally on a scheduled basis. Apple’s very own iTunes is home to a huge number of podcasts that you can ‘subscribe’ to, but that doesn’t mean much.

The whole idea of a podcast is that you can subscribe to it, then get the episodes as they are released, rather than having to search around to find out if there’s a new episode.

You can actually access any of the podcasts that iTunes offers directly through the iTunes application on any iOS device, but it’s up to you to check back to find out when a new episode has been appeared, and you have to download each episode manually.

If you want to get your podcasts in a semi-automated way, you’ll have to subscribe to the podcast through iTunes on the desktop, then keep checking back to find out when a new episode has been found, then sync your iOS device to iTunes to get the latest episode. This doesn’t really solve any of the problems though (and might even be less useful then checking manually on the device itself).

Is it so much to ask that Apple allow me to subscribe to a podcast directly on my iPhone, then allow my iPhone to not only check automatically for new episodes, but download them without my intervention?

Wouldn’t it be wonderful to wake up and see a notification on your homescreen: â€œA new episode of your favorite podcast is ready for listening inch, then with a simple tap you could begin the podcast along with your morning routine? This sort of functionality is long overdue.

It seems really simple, but Apple has not taken podcasting very seriously (probably because Apple doesn’t make any money from podcasts).

iOS 5 is removing the need for a PC or Mac to set up and manage an iOS device. However, this means that people who choose to operate their devices in that way will lose out on the only (limited) podcast subscription support that Apple offers. They won’t even be able to sync the latest episodes from their computer, so their only option will be manually digging around, or using a third-party application (which can’t download new episodes in the background).

Perhaps with a little push, we can get Apple to get serious about podcasts with iOS 5. I’m talking: automatic checking/downloading, on-device subscriptions, the whole bit. A bonus would be if the place where you left off while listening would be synced to all of your devices through iCloud so you could pick up where you left off on any one of them.

With serious podcast functionality, I’d finally be able to easily keep up with Chippy and the guys making the great Meet:Mobility podcast! 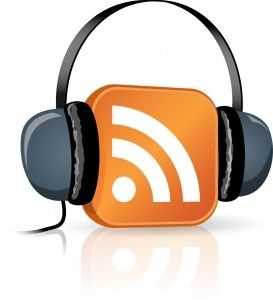 Meet:Mobility Podcast 68 is now available along with a special first hand-on report from Sascha with an early release of the Asus Iconia Tab A500

In the podcast we discuss some limitations of the AMD Fusion platform the Cedar Trail Netbook platform, attack the pricing of high-end tablets and talk about ‘High Dynamic Range Computing’ Listen in to find out more.

Don’t forget to give us some feedback on iTunes or a tweet to @meetmobility We’re still ad-free!

I was invited to join iPad experts Nick Robinson (@ratkat) and Kevin Wright (@kevwright) for a chat about the iPad2 on their Tech Talk UK podcast (formerly the iPad Chat Show) a few days ago and although I was still reeling from the ‘Jobs Attitude,’ I enjoyed it and come out of the podcast thinking I really should get an iPad 2 for further testing (and music, movie making etc. etc.) We discuss it in the light of early Xoom and Honeycomb reviews, talk about apps and the the ‘post-PC’ era.

You can listen and subscribe to the podcast over at the TTUK site.

Sashca, JKK and Chippy discuss the Nokia news from Fridays announcement and how that impacts MeeGo. We cover new netbook news and discuss MWC 2011 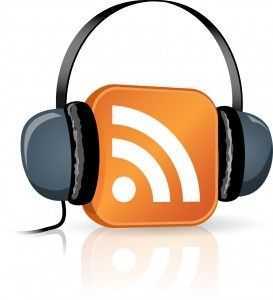 JKK (JKKMobile), Chippy (Carrypad) and special guest Al Sutton (Funky Android) talk in depth about Honeycomb and some of the tablet and netbook news from the last 2 weeks including Fusion, WebOS and Galaxy Tab 2

JKK (JKKMobile), Chippy (Carrypad) and special guest Al Sutton (Funky Android) talk in depth about Honeycomb and some of the tablet and netbook news from the last 2 weeks including Fusion, WebOS and Galaxy Tab 2