What Mobile Operating Systems Can’t Do 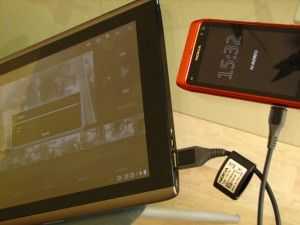 I’ve been trying to use mobile operating systems for productive and full-computing scenarios for years and although things are getting better by the day, there are still major issues to be solved. Even the latest tailored hardware and software solutions are littered with unexpected restrictions, bugs, showstoppers and even costs. As I continue to test devices like the Acer Iconia Tab A500 and iPad I am making a list of functions that I can perform on a desktop operating system but not on a consumer or mobile operating system that you might find in a tablet. You’ll find an early ‘issues’ list here.  I’m largely talking about Android or IOS here.

The issues fall into 3 categories.

The latter category is one we can ignore. If tablets or other devices based on mobile operating systems are successful, the software will come. Lets look at the other two categories though.

Having listed a bunch of items above, we have to now ask ourselves whether they are important and if they are, are they likely to be fixed. Certainly the web browser issues are serious, the CPU power issues are too where the operating system runs on an ARM design and you have to think carefully about multi-user and expansion through third party devices on USB. That’s a big market! Issues like IP stack, multiple audio modules and extended screen are less important. Third party software issues will solve themselves as devices move into different markets and the customer-based there becomes big enough to support the creation and support of the software. As for the hardware issues, don’t expect 500GB storage soon but do look for alternative storage solutions via local or remote wireless connections.

What about that keyboard though? Is it still an issue? For many operations, it’s a barrier. Tablets are popular now but is there still a desire for a keyboard. I’m sitting in front of a tablet writing this post now only because it’s got a full keyboard attached.

I want a mobile video editing system with blogging client and full browser capabilities. The video encoding hardware on the iPad has shown breakthrough capabilities in iMovie for the price and size . Keyboard input is important though so I would want a robust keyboard solution. Offline blogging tools are required. Full browser too. The ipad2 + keyboard is getting very close to a usable solution for me but it still has showstoppers. Cabled internet for high-speed video upload, full browser with flash, mouse-over, side-by-side windows for drag and drop, external screen, ability to edit non-iphone videos in iMovie. I’m still a huge proponent of the smartbook and hope that we see more work going into these because that’s where I see most of the gaps being filled for me. Windows 8 could be the stepping stone to an interesting smartbook / convertible / slider design. Like the TX100 perhaps!

What are the ‘gaps’ that you see between a full computing solution and a consumer mobile OS solution. Galaxy Tab Limits and Why Some Owners are Unhappy

Customer satisfaction during product purchase and ownership is a complex science and I wouldn’t suggest for a moment that I know a lot about it. Personally I can get very upset if a product fails to deliver on marketing promises and wildly passionate if a product does more than expected. That’s something I keep out of my reviews though and I always aim to project my thoughts from various target customer scenarios. On a personal note though, the Galaxy Tab experience has been extremely positive for me and I’ve spoken to many others that are happy too. If you go to the UMPCPortal sub-forum for the Galaxy Tab it doesn’t take too much effort to find a happy customer. I plan to keep using the Galaxy Tab and expect to be using it well into 2011 but as always, there are people out there for which the Tab will be a total misfit and a total disappointment.

In this article and video I want to highlight the limitations and issues of the Galaxy Tab and bring in a few people that have already bought and sold their Tab.  Why weren’t they happy?

In the video below you’ll see me talk about a number of issues. I’ve listed them here:

The last three in that list have something in common â€“ wild users and wild operating systems creating an unstable and unpredictable experience.

By wild users, I mean almost everyone because we have a natural tendency to try things we find exciting and to push the limits of a device. This means, just like on the PC, you end up with too much running at the same time. Android makes it easy to try software and does very little to control the use of the system resources. What you end up with is an experience that can vary from excellent (when you first use the device) to flakey (I’m just 6 weeks into ownership and I’m seeing this problem.)

One of the problems is the size of the Galaxy Tab. Because it’s bigger than a smartphone, you expect more but in reality, it’s just a smartphone. Memory size, speed, storage speed, CPU and GPU performance are not ‘PC-class’ and if you treat the Tab like a PC, it won’t return any favors. This problem is going to catch out a lot of people in the coming weeks.

Aside from technical limitations there are the inherent limitations of the Galaxy Tab. The size and weight of the device mean it’s not pocketable. The performance won’t be anything more than what you get on some smartphones that do fit in the pocket. It doesn’t have a big enough screen to be able to run two applications in two windows. The performance isn’t anything like what you get on a PC. Printing is limited. There’s no USB port, no multi-user support and so-on and so-on. People looking to replace a laptop will have a problem, even when the keyboard dock ships!

I’ve been in contact with a couple of people recently that have ditched their Galaxy Tab and gone back to planning for the next device. There isn’t a huge number of people in this boat but it’s important to know why didn’t it work for them? Fabrizio, an ex Galaxy Tab owner has this to say…

…basically I think the Galaxy Tab is a good device. While being it a powerful and feature rich device, it’s somehow an oversized smartphone and does not really offer more.  Yes, it has a bigger screen and higher resolution, but Android does not take advantage of that. You can read information easier since the screen is bigger, but while I love Android, it is NOT a desktop OS replacement, thus, you won’t be able to do really more than on a smartphone. With more I mean, serious productivity (writing, encoding etc.), not entertainment (listen music, watch videos). In short, the Galaxy Tab is a great device to “consume” content and not to create. But even when consuming, it is limited by the OS which is – in my opinion – not a desktop replacement OS and so it does not offer more than a smartphone –

“…it was among the hardest decisions I’ve ever done on a gadget any time recently.”

But he had problems with the browser…

“The native browser, that is not a native Android browser but another Samsung custom job, will render most websites in the mobile format (when there is such a version) and while in some cases you can click on the normal website option on that website it not only doesn’t stay that way for the next time it also won’t affect any other websites you might visit in the same browsing”

I was ready to accept a few lacks here and there  like most of us did with the first generation of netbooks, but with the HW really lacking next to nothing I think my expectations for the OS were even higher. Yes the $600 does make a difference. If it was $200 even without any 3G I would still have it, but right now it doesn’t live up to it’s price tag for me personally. I am convinced that anyone perfectly content with Android but wanting a tablet that’s portable will love this device, for anyone coming from an iOS environment I would say get more familiar with Android before you get the Tab or you might not be too pleased.

There’s a huge huge problem here with overlap. Early adopters of the Tab invariably have a selection of other devices available to them. High-end smartphones and netbooks mean that there’s a huge overlap which removes some of the reasons you’d use to justify buying the tab in the first place. Others simply don’t like the quality of the UI or software stack. This UI issue is probably the most important issue facing Android devices right now and if people want to compete with the iPad in this respect, it seems like a hard problem to solve on Android. Stability and ‘self-control’ from a device perspective is also an issue. The wild operating system lets you do some wild things but don’t expect everything else to remain constant while you push the limits.

Have you got a Galaxy Tab? Are you happy? We’d love to hear your thoughts below.

Is there an answer to the problems of the leading Android tablet? Either Android implements a ‘restricted’ mode which preserves the user experience (limiting the number of concurrently running apps, memory usage, cpu usage etc. or it waits for much more powerful platforms. CPU, memory and storage speed need to increase at least two-fold and that means waiting for the next-generation of ARM-based platforms. Dual-core is coming and that will help but it’s not the only solution needed. With Android version 2.3 on its way we might see some of these issues solved if the Galaxy Tab gets an upgrade but by that time, the bar might have been raised even higher by iPad 2 or other tablet device.

In the meantime, Android tablet users will need to limit their expectations.