I’ve been testing Windows tabletPCs with 1GB RAM recently. It’s a truly poor experience if you plan to use all the features on a Windows PC. Even with 2GB RAM you can hit limits and start seeing swap usage rise and performance hit the floor. The performance degradation isn’t ‘graceful’ at all. Chromebooks face similar issues of RAM availability but in my tests with 2GB RAM I see it matching Chromebook usage scenarios well and don’t see performance degrading as quickly as it does on a Windows PC. If you’re switching between 10 HTML5 pages then 2GB is enough and if you’re prepared to accept a sub 1-second delay in switching tabs, you can go to 20 tabs without a problem. 4GB could, however, be a requirement in the near future. Watch the video demo below…

END_OF_DOCUMENT_TOKEN_TO_BE_REPLACED 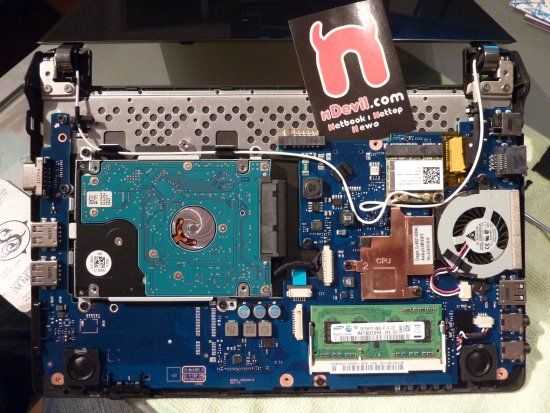 I’m quite the fan of the Samsung N350. 1KG and 4 or 5 hours of dual-core productivity. That’s impressive, especially when you can double that with just 200gm or so of extended battery. What I’m waiting for though is a 3G version because as you’ll see in the video below, RAM and SSD upgrade will be easy but the PCI-Express Mini slot is just a placeholder. No connector or antenna. Looks like I’ll be waiting for a 3G version although with the Galaxy Tab giving me an estimated 8-10 hours as a 3G hotspot, maybe I’m covered! I’ll see if I can get hold of an N350 for deep testing soon.

The video below is via Ndevil TV who have a number of other reports (text in German but some videos also in English.) 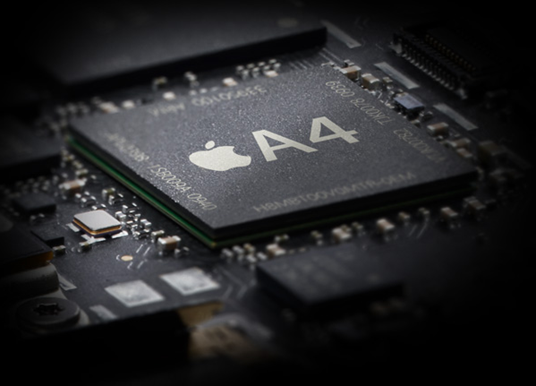 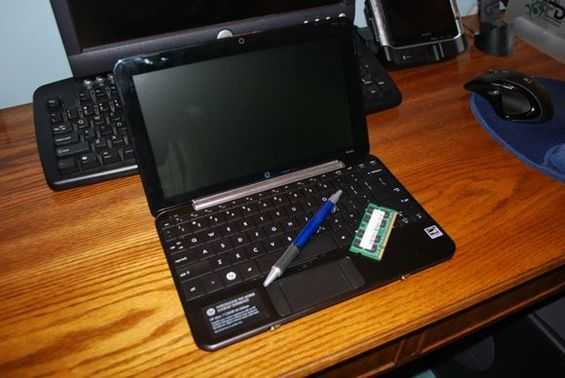 I’m writing this post for target users of the Mini 1000 MIE[link]; those that might not have done a RAM upgrade before. And of course anyone who might be Googling “how to open the RAM door on the mini 1000” because it is just a little bit tricky.

Don’t fear gentle user, for HP, and most other netbooks makers have made the process really simple, and I’m here to make it even easier. The only thing you will need beside the RAM is a pen! Let’s go through the steps:

That’s it! You’re all done. Easy right? Turn your Mini 1000 on and it should be ready to go. If it doesn’t boot up correctly, it is possible that the ram isn’t sitting quite right. Just pull it out and re-insert it and try again.