It’s lighter and cheaper than any other touch-enabled Chromebook and it even has a 360-degree rotating screen. The ASUS Chromebook Flip C100 is unique and almost a Chrome OS tablet. At a price of $249 there aren’t many questions that consumers really need to ask.

END_OF_DOCUMENT_TOKEN_TO_BE_REPLACED 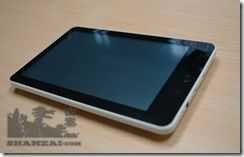