With Rumblings of a Dual-core Galaxy Tab 7, Will the 1.2GHz 4G Version Ever See the Light of Day? 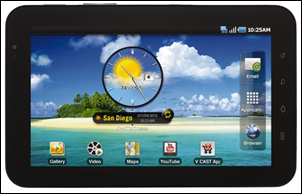 Apparently lost in the shuffle, Samsung’s 4G Galaxy Tab 7 (with Verizon 4G LTE support, improved camera, and faster 1.2GHz {single-core} CPU) didn’t see wide coverage back when it was announced at this year’s CES in January. Six months later, we’re left wondering where it is. Now we’re seeing rumors of a dual-core Galaxy Tab 7 and it seems possible that the 4G version announced at CES may be scrapped and will perhaps emerge as a dual-core and 4G model.

Official inquiries to PR folks from both Verizon and Samsung say that the 4G Galaxy Tab 7 is still happening, but a date for release has not yet been announced. At this rate, I’m thinking it might be dropped in favor of a dual-core version. As mentioned, the 4G Galaxy Tab was announced 6 months ago — a long time in the tech world, especially for a device that was already available in it’s non-4G version as early as 8 months ago.

An Italian Blog, Samsung.HDBlog.it has a piece showing that the next version of the Galaxy Tab 7 may be equipped with Samsung’s newest processor, the Exynos 4210, a 1.2GHz dual-core CortexA9 CPU. In addition to 1080p encoding (for video file creation) and decoding (playback), the Exynos 4210 also conveniently supports 4G LTE modems. Due to the language barrier, I can’t quite make out if this is speculation on the part of the blog or sourced information. Regardless, the time appears to be right for a ‘version 2.0’ of the Galaxy Tab 7, and Samsung has the hardware laying in wait.

As an 8 month old product, the Galaxy Tab 7 is definitely becoming ripe for a refresh. It no longer seems that a mere bump to 1.2GHz from the existing CPU, an improved camera, and 4G support (as announced at CES) will be enough to bring the popular tablet up to spec with modern tablets, especially with its bigger brothers, the Galaxy Tab 8.9 and 10.1, already available (and soon in 4G variants). Perhaps dual-core 1.2GHz with the new Exynos 4210 is the only way to go. The question then is: when?

I can only hope that Samsung doesn’t decide the drop the Galaxy Tab 7 in favor of the 8.9 inch size. Chippy, along with myself and others, would be infuriated; 7 inch is just perfectly portable! 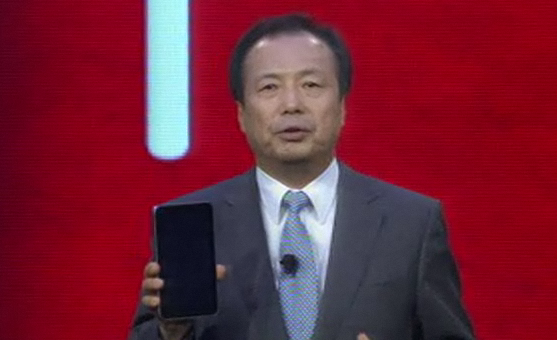 Today at Verizon’s CES conference, JK Shin, the president of Samsung, whipped a 4G equipped Galaxy Tab out of his coat pocket. This slightly upgraded version of the Samsung Galaxy tab has a faster CPU and better rear camera.

The Cortex A8 CPU has been slightly increased from 1GHz to 1.2GHz. The rear camera has been bumped up from 3.2MP to 5MP. Samsung also says that the device will have pre-loaded LTE specific applications. Aside from this, it’s the same device as the original Galaxy Tab. I’m interested to know how the battery life will differ between the 3G and 4G version. You can find the specs of the original Galaxy Tab at our tracking page in the device database.

Chippy’s been relying on his Galaxy Tab quite heavily during CES and I bet he wishes he had the upgraded version right now!

I feel like Verizon will end up with some angry customers on it’s hands after original Galaxy Tab holiday sales. I can only hope such customers will find out about the upgraded version so that they can return the original and get the latest one.

Samsung is also giving availability information for the launch of the WiFi-only Galaxy Tab in the US. They say that it’ll be available in the first quater of 2011. Note that the WiFi only version shares the same specs as the original.