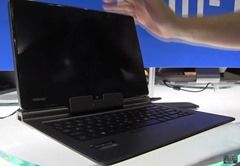 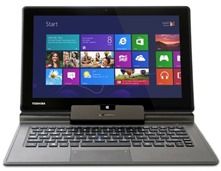 This looks like it could be a problem for those Ultrabook convertibles or 2-in-1 Ultrabooks that were launching with Ivy Bridge Y-Series processors. Haswell Y-Series refreshes will blow them away with battery life so why would you buy the ‘old’ version now?  The Toshiba Z10T is one of the dockables that could suffer unless pricing is adjusted quickly. The Lenovo 11S (that I think we saw on stage in a Haswell demo today) is another. Moblegeeks have a video below but before that, there’s a little surprise on the GPU information we’ve obtained.