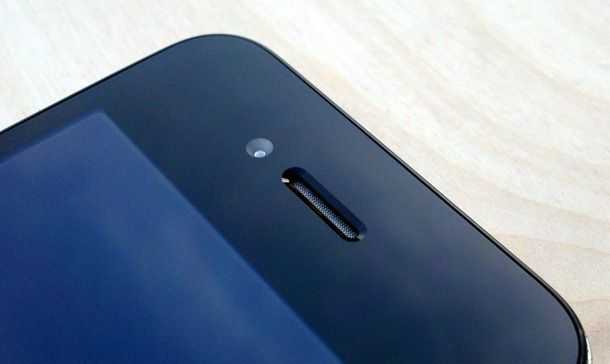 Apple did something quite awesome with the iPhone 4. With the inclusion of the front-facing cam, Apple opened up the mainstream market to phone based video chatting. Not that it hasn’t been done before, but Apple has the complete package with Face Time. Call a friend who has an iPhone 4, press the Face Time button and you’ll be connected to a video chat (as long as you are both on WiFi). It’s a zero-configuration implementation which is really impressive because of its ease of use. You can bet that the main stream will adopt this quickly. The only issue at the moment is that Face Time is iPhone 4 to iPhone 4 only. If you don’t have any friends with iPhone 4’s, then you’re out of luck!

Apple says that they are making Face Time an open standard, which should mean that we’ll see other companies starting to create Face Time compatible products which will be great once that time comes. For now, the only way to use Face Time video chatting is by owning and iPhone 4 and having friends who have one as well.

I’m actually in the group of people who owns an iPhone 4, but doesn’t have any friends who do, so I haven’t gotten any use out of the feature, though I know that as more people get their hands on the iPhone 4, Face Time chats will become quite commonplace. Also, the next iPod Touch will likely be Face Time compatible with a front-facing cam, opening up hassle-free video chatting to millions more.

While the iPhone 4 takes quite crisp HD video, it sadly has no way to export them directly from the phone. If you try to upload directly from the iPhone, your only option is YouTube, and even then your video is compressed so completely that the result isn’t even remotely HD quality. It’s hardly even 480p. The only way to get HD video from your iPhone 4 to some video service is to export it from the phone to your computer then upload it. I’ve found at least one third-party app solution for HD uploads called Pixel Pipe. It works well to be able to export true HD video to several configurable services, but maxes out at files 250mb or above (if I recall correctly) which is pretty tiny when you’re talking HD video. It seems as though this might have been an oversight on Apple’s part, and they claim that they’ll fix it in a future update.

Possibly compounding the reports of dropped calls are some issues with the iPhone 4’s proximity sensor. The sensor normally detects when you place the phone to your head and disables the screen so you don’t accidentally press any buttons with the side of your face. On past iPhones, this system has worked very well, but with the iPhone 4, I often accidentally hang up on friends and family with my face with alarming frequency. This is rather frustrating simply because I have to call back and explainâ€¦ â€œsorry my iPhone 4 likes to hang up on people inch. It always takes several seconds of silence from the other end for me to hold look at my phone and realize that I accidentally hung up on someone, and it’s always met with frustration.

Apple said at their antenna conference that they are â€œtracking some issues with the proximity sensor inch and that’d it’d be fixed in a future software update, so it sounds as though this isn’t a hardware problem. I’ll continue to be frustrated until that update is released.

Right now, Jailbreaking is easier than ever. If you have a device running iOS 4.0, just jump over to www.jailbreakme.com and you can have your device jailbroken in mere minutes. Apple will surely fix this with their next patch, but jailbreaking opens the device up to an awesome wealth of tweaks and software that Apple won’t allow to be installed through their App Store. If you are an advanced iPhone/iPod Touch/iPad user who likes tinkering, I’d recommend looking into jailbreaking. You can always restore back to default and your device will be good as new, but there are lots of awesome tweaks that can be done through jailbreaking. Have a read through my article titled â€œWithout Jailbreakingâ€¦ the iPhone Would Suck inch much of which still applies to the iPhone 4 and iOS 4.