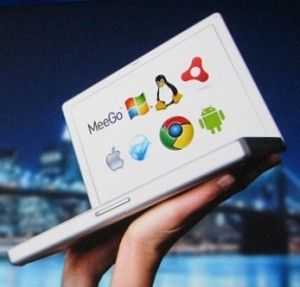 IDF Beijing is the first Intel Developer Forum of 2011 and it starts on 12th April. While it’s not as big as IDF San Francisco in Sept it serves an important event for Intel in Asia because it is about now that ODMs will be looking at platforms for the Q4 market. IDF Beijing could provide us with important clues as to what advances will be made and how Intel want to market their platforms and software solutions in 2011.

IDF Beijing 2011 includes a raft of Atom and mobility-focused sessions. Digitimes also say that Intel are encouraging notebook manufacturers to develop Android/Intel solutions for demonstration at IDF.  Doug Davis, General Manager, Netbook and Tablet Group will be giving a keynote so that’s the one to watch. I suspect that the Android Tablets won’t be the big news from his keynote though.

Taking a detailed look at the session catalogue there’s one session that stands out and having just put my thoughts down about the next generation netbook platform [extract below] this is one session I will be watching carefully.  Cedar Trail needs to make more than just an evolutionary step critical architecture changes are needed to put value-add and GPU performance into the platform.

Here’s the detail from the session catalogue:

This session will introduce a new set of platform features and innovations that will allow HW manufacturers and developers the opportunity to build the next generation of exciting netbook designs that will delight the consumer. In addition, attendees will get first looks at the next generation Intel® Atomâ„¢ processor based platform.
Topics covered in this session:
â€¢ Platform capabilities enabled by Intel® WiFi solutions that deliver new netbook usage models
â€¢ Features and benefits overview of the next generation Intel Atom processor based platform
â€¢ Thermal solutions for cool and quiet fanless netbook designs
â€¢ Exciting demonstrations

I’ve highlighted the important lines but also take note of the Intel Wifi note. In my opinion that relates to Wireless Display and Wireless Audio. That’s exactly what needs to happen to create a unique value-add. The new netbook platform is currently known as Cedar Trail.

Here are my thoughts on Cedar Trail:

I confess that I didn’t have a lot of faith in AMD’s Brazos solution but they did it. They’ve made a classic disruptive move which will change the face of the netbook forever and, unless Intel repond quickly, take share away from Intel in the low-cost computing market. Well-known features/keywords like ‘HDMI’ and ‘1080p’ that are recognizable to the man on the street will differentiate AMD from Intel and where the price is the same, there’s little to think about. Games are also possible on AMD netbooks and it leaves little room for Intel to play in when it comes to Cedar-Trail.  They’ll have to increase the CPU power (1.66ghz dual-core is a nice figure that looks better, and performs better than the AMD 1.0Ghz solution) and add their thermal monitoring to allow overclocking on a core-by-core basis. 2.0Ghz ‘Turbo’ will be worth seeing. They’ll also have to add the 1080p capability from their Menlow and Moorestown platforms. To beat AMD they will need Wireless Display and hardware-accelerated H.264 and WMV encoding features to help with video format conversion. Longer battery life is a must and this is something Intel is highly likely to deliver with amazingly low quiescent states and very tightly-coupled wireless solutions. Given the likelihood that they will have a lower platform TDP and enable a smaller motherboard size, Intel solutions are likely to be thinner and lighter.

A convergence of the Oaktrail and  Pinetrail platforms into Cedar Trail (in terms of GPU architecture) is also needed in order to unify the platform for other software stacks but what would also be interesting would be Intels ‘power island’ or ‘power gating’ technology brought to netbooks. That could bring ‘always-on’ with compatible operating systems such as MeeGo, Android or even Chrome OS.

Intel need to deliver something special with Atom at IDF Beijing. Smartphones based on their technology are still missing from the market; Intel-based tablets are largely Windows-based and still not being delivered with Oaktrail; MeeGo is still unproven and the Intel netbook platform is being challenged by AMD.

Other Sessions planned for 2011

The complete session guide is here.

If you’re at IDF Beijing and are interested in reporting for us, please get in touch via the contact form.