I love the Samsung Series 7 Slate PC, or should I say the Samsung EX700. It’s a work of amazing engineering and combines power, features, style and weight to make the first tablet PC I’ve really thought about buying. Core i5 performance in 860gm is something that reminds me of the top quality engineering that went into the Samsung Q1 Ultra Premium.

It’s a true hot-desking device with mobility at its heart and when Windows 8 comes along, it will shine even brighterâ€¦.unless you want a keyboard attached of course. 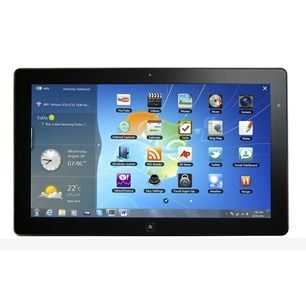 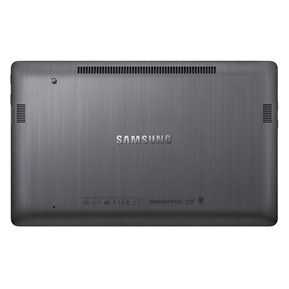 Samsung told me that the XE700 will be available at the end of October and I’ve have some feedback from a distributor that it’s coming in early November so I’ve been looking out for prices. The first prices came in earlier this month at $1349. Recent prices bring that down by $200. Shocking, still, for iPad owners perhaps, but right on the mark for such a powerful and flexible device. In the USA the XE700 is showing up with 128GB, HSDPA and Windows Pro for 1149 at Amazon.com:

Full specifications are in the database but let me highlight a few ups and downs. You’ve got the capacitive and digitizer layer, an included keyboard and docking station, Wi-Di capability, Fast-start with the included SSD and the 1366×768 resolution required as entry-level into Windows 8 tablet features. On the other hand there’s no USB3.0 and only a Micro SD slot which really should have been a finger-friendly full SD card slot don’t you think?

European specs and pricing are slightly different. Austrian retailers are listing a 64GB version with UMTS and Windows 7 Home Premium for around â‚¬1260 [Live pricing]