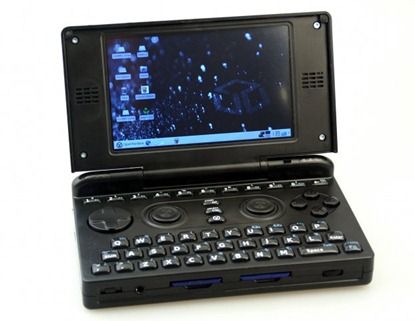 The Open Pandora project has been an amazing project to follow. We first reported on the product, an OMAP-based Linux mini-laptop primarily focused on gaming emulation (but kitted out with some interesting features for anyone interesting in mobile computing) in Dec 2007 and in the last 4 years the product has gone through some amazing ups and downs with spec changes, production issues and community financing but it looks like they’ve made a break-through and that Open Pandoras will be shipping soon.

Update: The first devices off the production line are now being shipped. [9th March 2012] 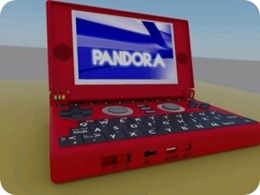 The story would make a great book. We saw an update in Dec 2008 showing a prototype build and an Angstrom OS build and after a year of refinements it finally went into limited production in May 2010. 4000 units should have been produced before Feb 2011 but it didn’t happen.  “[The production company] communication has been terrible, the missed all the deadlines they set themselves and they have a failure rate of at least 25%. inch

On 12 July 2011 ‘EvilDragon’ the lead developer for the project wrote a post entitled ‘A fresh new start’ explaining how production was being stopped as a result of problems with the Texas-based production company. The search started for a new production company and by 27th of the same month they had found a candidate. Soon after, 70 investors had stepped forward and pledged nearly half a million Euros. Contracts were prepared and pre-orders started again.

The next months updates are worth reading in full over at the Openpandora news forum. There’s snow, hacking, sad news about a community member, delivery problems, contracts and more. It’s an amazing story that ends up with this fantastic post and video entitled “100% success. inch

What a joy to watch.

The OpenPandora story isn’t over yet though. Mass production is due to start next month and after 4 years of waiting, the specifications don’t look as good as they used to. There’s software to write too. What you’ve got here though is an open-source, very efficient  handheld PC with a strong community behind it. It’s also a bit of history.

In support of the Open Pandora project I’ve put in an order and  I’ll do my best to give it airtime on UMPCPortal when it arrives. You can place a pre-order here. I’m sure there are many readers here who already have their orders in.

Check out the Pandora Rebirth competition too. Apps for prizes and follow OpenPandora on Twitter here. We have a specification page here.