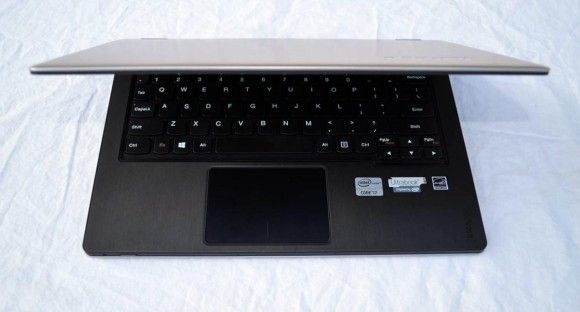 After having our hands on the Lenovo IdeaPad Yoga 11S Ultrabook convertible for a few weeks, we’re ready to bring you the full review. Is this 11.6-inch convertible with Intel’s Ivy Bridge Y-series processor right for you? Step inside to see our analysis. 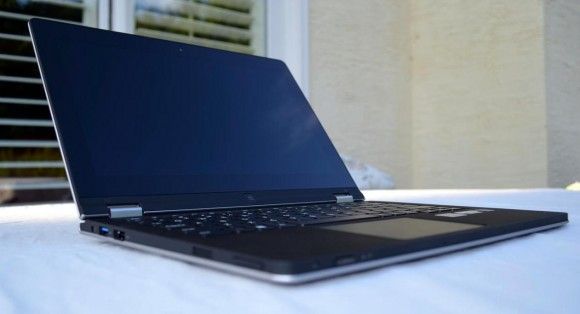 In our Lenovo 11S first impressions article, there was some interesting conversation in the comments regarding the purpose of SDP on the Y-series processors. This is Intel’s official line on the matter:

The Mobile Y-processors have multiple design points providing maximum design flexibility for our customers to continue to push the envelope in terms of form factor innovation. The TDP of the Y-processors is 13W which is a 24 percent reduction from TDP of our lowest 3rd gen Intel Core processors today. In addition to the TDP reduction, the Y-processors also have an additional thermal reference point, namely scenario design power (SDP), which provides a balance of performance vs. design power for mainstream touch-first usages and operates at 7W.

Note that “customers” above is referring to the companies actually purchasing the processors, not the end-user.

As someone who doesn’t design computers for a living, all it means to me and the rest of the mainstream is that a Y-series processor could provide better battery life, assuming the engineers have designed to the SDP. Y-series could work well with Windows 8 by running at SDP levels while using the Metro/touch interface then being able to kick up the power while using traditional desktop. 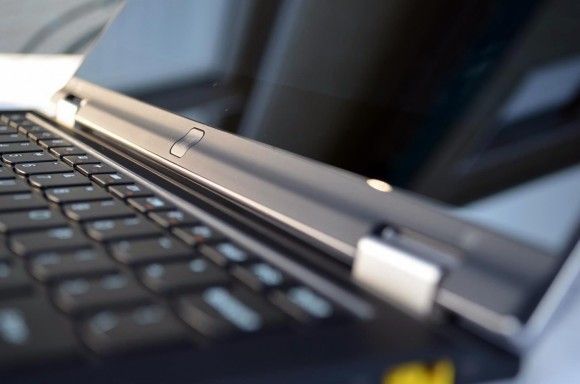 The Yoga 11S uses that same patented hinge that’s found on the larger Yoga 13. The trick to this convertible is that the screen flips all the way around backwards until it’s flat on the back of the Ultrabook, forming a tablet with a keyboard for a back.

The soft plastic that makes up the outer body of the Yoga 11S feels distinctly nicer than the plastic I’m used to feeling on computers. The textured soft plastic on the keyboard deck is the same — it feels different and decidedly more elegant than hard plastic. 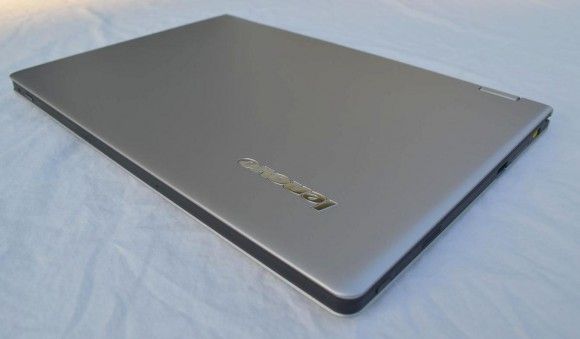 Straight edges edges of the unit all the way around, with contrasting lid and edge colors, give the Lenovo Yoga 11S a classy portfolio / board room look. However, the non-tapering edges lack the ‘wow this is thin!’ factor (afforded to an Ultrabook like the Asus UX31), despite the 11S being about the same thickness (17mm).

The build quality is great all around, with my only concern being in some unwanted flex toward the middle of the keyboard — a common trend among Lenovo Ultrabooks that we’ve tested — but by no means a deal-breaker. 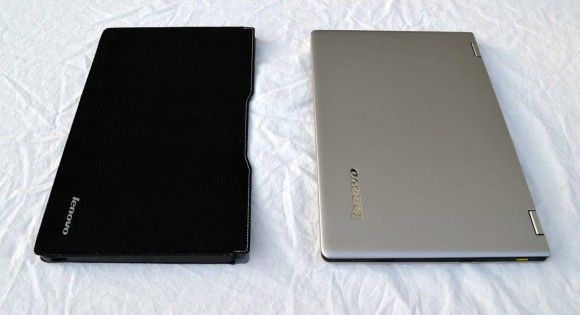 The optional ‘slot-in’ case holds the unit nicely when it’s closed. It’s also suppose to double as a cover over the keyboard when you flip to tablet mode, but it just doesn’t feel quite right (because it’s only on half of the unit).