Last week I wrote about the Universal Windows Platform (UWP) and how it could drive adoption of the Windows 10 Mobile ‘smartphone’ as a core computing device for all consumer needs, whatever the screen-size or input method. The Lumia 950 rumor and that image of the USB-C dock brought back memories of the Continuum demo at BUILD 2015 and it doesn’t take a lot of imagination to see that extending into barebones laptops driven by Windows 10 Mobile devices. At IFA I saw another interesting accessory. It’s not a smartbook but could be a smartphone-book. A phab-book perhaps. OK, I’m still working on the name! 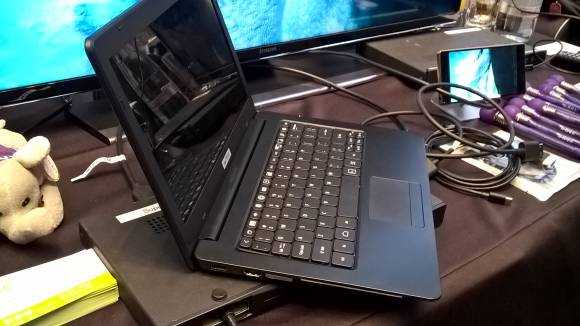 This thin-client approach has been seen before but unlike the Atrix, Folio and other attempts this one is OS agnostic and, in the case of Windows 10, has a cross-screen developer ecosystem behind it that’s like nothing we’ve seen before. If developers see potential in a targeted 1 billion Windows 10 UWP devices in three years then they’ll begin to create interesting applications for Windows 10 Mobile that drive growth. It’s the chicken-and-egg situation solved. It can also work cross-OS which makes it extremely interesting as a universal accessory for Android smartphones. 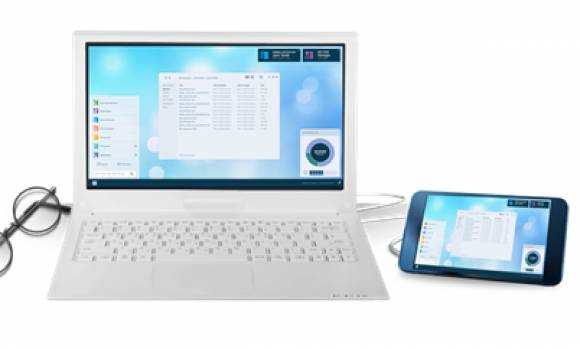 Any forward-thinking developer that’s used Continuum features to allow their Windows 10 Universal Application to scale across different screen sizes is going to benefit from a huge range of potential customers and when customers can connect that app to low-cost productivity devices there’s even more potential, especially in developing countries.

I saw a prototype based on a barebones laptop at IFA and heard that OEMs are already working on products. Expect to see a showcase of Continuum when the first Windows 10 Lumia smartphone launches.

Please take a look at the video below where you’ll see the barebones laptop. Then, underneath that you’ll find a video from our good friend Charbax which shows the Amtran laptop dock in use with Android in July 2014. Take note about the comments on MHL 3.0 which enables touch, webcams and other devices to work over the cable. The presenter thinks you’re be able to get a phone + laptop package for $350. MHL told me that $80 would be achievable on the laptop alone.