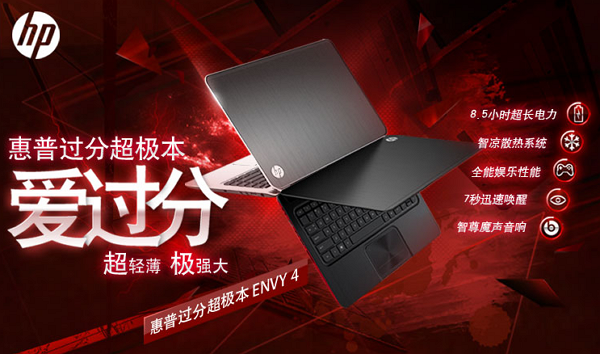 END_OF_DOCUMENT_TOKEN_TO_BE_REPLACED

It hasn’t been long since HP officially launched the HP Folio 13 Ultrabook and the Envy Spectre 14 Ultrabook, but it seems that they’re already working on successors so these devices. Uncovered in a thread over at NotebookReview forum was some internal HP communiqué indicating two new additions to HP’s ‘EVNY’ line, the Envy 4, and Envy 6. Evidence thus far suggests that these two new models will be Ultrabooks, likely using the current-generation Sandy Bridge platform along with discrete graphics from AMD. END_OF_DOCUMENT_TOKEN_TO_BE_REPLACED