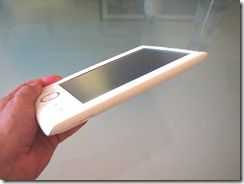 The recorded videos from our live, open review with the SmartQ T last night are available and shown below. Ustream have put a pre-roll and ads on them but I guess they have to pay for 2 hours of 500kbps streaming somehow.

More info, videos, links for the SmartQ T7 in our tracking page.

Remember that this is a preview device and isn’t fitted with final firmware although it’s close and SmartDevices are constantly working on firmware upgrades. We have some issues we’ll take back to the reseller, HOTMID, so that they can talk to SmartDevices in China. Those issues include: (See UPDATE below)

Update: From HOTMID.com we’ve just recieved this quick reply to feedback from our live testing: New firmware will be released before August 31st and will ‘solve’  Market and Google apps, USB OTG, Video playback, Cell Standby

On the positive side, we see good build quality for the price, a usable 600-wide portrait mode, excellent value 3G version, loud and clear speaker, good quality controls and a battery life in the 5hrs+ region. Actually we suspect there’s some improvement that could be made to the battery life as we’re seeing the 3G using battery while its supposed to be off.

Highlights on the applications we tested:

Those looking for a very low-cost handheld 3G 7 inch internet tablet (the SmartQ T7 is unique in the sub $300 bracket) a flexible and cheap ereader with internet and multitasking, holiday device (location-based services work through Google’s location services â€“ if available on final firmware) a low-cost SD card reader for photographers. (TX files, edit and share very quickly.) Standard browsing is very slow but Opera Mini works well to improve basic browsing speeds. Works well as a social networking tablet. Works well as a bedside companion. Taxi drivers and truckers should check this out too!

The resistive touchscreen is going to put some people off for sure but for the price and target audience, we think you’ll get used to the resistive screen without any major issues. 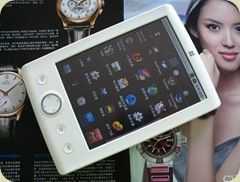