Sony is now offering a Vaio T14 Ultrabook, a 14″ version of the company’s Ultrabook line. It joins the aptly named T11 (11″) and T13 (13″). This one slipped under our radar last month amid the flood of Windows 8 Ultrabooks being announced. Sony unfortunately missed an opportunity to add additional features to the T14, instead opting to included a dated optical drive.

END_OF_DOCUMENT_TOKEN_TO_BE_REPLACED 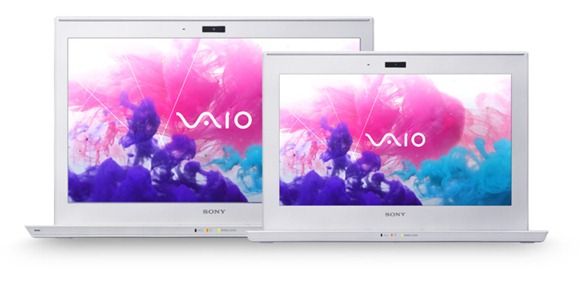 Pre-ordering for the Sony Vaio T Series has started with two retailers in Germany offering the base 11.6” version and quoting availability in two weeks. Pricing is as we reported earlier this week. Over at the Sony Germany web site, however, there’s some new information to be had on spec options. As I was writing this article an Ivy Bridge model popped up right in front of me. I some specs changing as I refresh so someone’s obviously working on it right now but that Ivy Bridge model seems fairly clear to me.

Here are the options you’ll currently find on the Sony.de website: