There’s one thing that was clear from last nights live testing of the Aspire One 522 â€“ I’m the worst person in the world to demonstrate 3D games. Interestingly though, that’s because I never have devices that can play games. In the last 5 years we’ve seen just a handful of mobile devices that can play games and the fact that I was thrown into Half-Life 2 and Unreal Tournament demos shows that the Acer Aspire One 522 is quite unique â€“ and an indicator of where netbooks are going next. We tried hard to find showstoppers and major issues, design problems, heat and noise or anything that would confirm that this is a cheap device but no, after 3 hours, it was clear that the Aspire One 522 is a real bargain and a true upgrade option for those with first or even second generation netbooks. 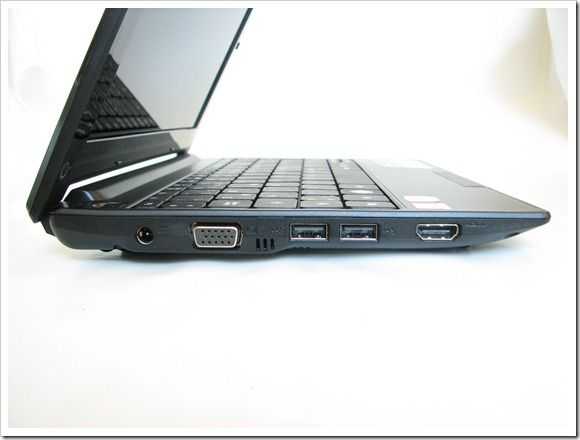 A word of warning though, in terms of CPU processing power, there’s not a lot of difference here between the Intel Pinetrail platform in single or dual-core variants. in a pure-CPU video rendering test we saw the Aspire One coming in at 15% faster than a Intel N450 CPU which puts it between the N450 and N550 in terms of processing power. Compared to first-gen netbooks, that’s a great improvement but its far from mainstream.

It’s the ‘balance’ of CPU, HD Video and 3D that works so well with the Acer Aspire One 522 (and, we suspect, other Fusion C-50 APU -based devices) and if Intel don’t one-up the C-50 with Cedar Trail in a significant way, they will lose a good percentage of netbook sales. At â‚¬299, there’s very little room for beating AMD on price.

So here are the three videos we made during the 2.5hrs online last night. As usual they are captures of the low-quality stream but I’m sure you’ll get a lot out of them. Thanks again to everyone that joined and helped-out in the live session. Spread the word â€“ this is how reviews should be done!