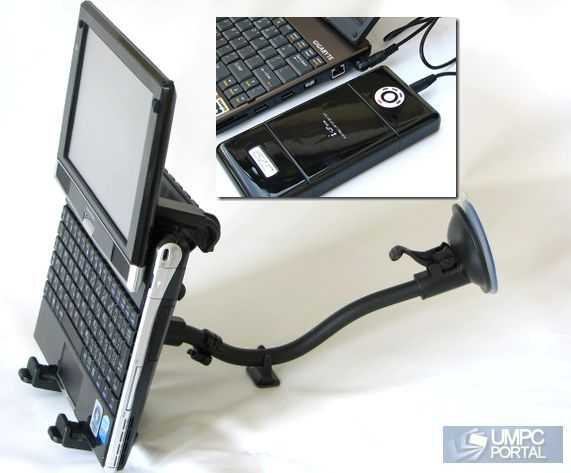 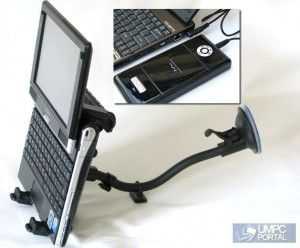 Ultimate-Netbook, a big accessory retailer based in Europe, has just announced a 10% discount code (Psst â€“ Use the offer code WEBultra mobile PC to get the discount) for our readers so now would probably be the best time to tell you about two Ultimate-Netbook products that I’ve had for a while. A universal power pack and a universal car mount. For anyone into mobile computing, these two products are well worth considering.

END_OF_DOCUMENT_TOKEN_TO_BE_REPLACED 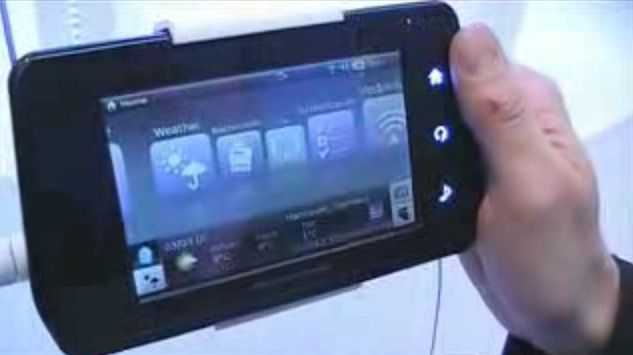 Two version of the Clarion MiND will be launched in Europe with the first planned for March 2009. Expect to see the same version as we tested over at MIDMoves [Video Overview] but with the addition of a DVB-T receiver for high-speed soap-watching. (Get it now before they ban it!!)

Recommended pricing has been set at a steep 799 Euro but remember, this is more than just a navigation system, it’s a complete car entertainment PC with Video, TV, Email, Web Browser and Clarion portal integration. A 3G version is planned for summer 2009.

Here’s a presentation video from the Clarion booth at CeBIT.

More information and news links in the Clarion MiND page.

Mapfactor’s Navigator is a well-priced, touchscreen friendly EU and U.S. PC-based turn-by-turn navigation system that I tested last year and gave the thumbs up. At 120 Euros its very well priced and it works very well on UMPCs.

Version 8.1 is now out and has these new features over the V7 that I tested.

Well worth a closer look if you’re looking for a PC-based solution for your carpc.  Details at Mapfactor.

Update: Product is now available in the U.S. Details in the MinD product page.

I spent some time with the Clarion guys yesterday and we talked a lot about the ClarionMiND (one word apparently!) which is a mobile Internet, navigation and entertainment device aimed at the dashboard! The unit is Atom-powered, comes with a nice user interface, basic holder (not the docking station you see in the video) and has various options including accessible PCI-Express Mini slot for 3G or WiMax, camera and double-capacity battery. It’s coming to the U.S. market first (next quarter) and we might see it in Europe early next year. Video after the images…

END_OF_DOCUMENT_TOKEN_TO_BE_REPLACED

Now i’m not saying that you can’t do those functions on a smaller, or even bigger, device but these are the three areas I see that are absolutely ripe for dropping into a hand-held device where the quality of presentation and capability could be far greater than a smartphone could provide. It’s MID territory…

END_OF_DOCUMENT_TOKEN_TO_BE_REPLACED

Office to Sofa with the WiBrain accessory pack.

Ah, back to ‘real’ UMPCs at last. This last week has been so packed with netbook news that I’m starting to think that you can only use an ultra mobile PC at a table! This should fix it! The Wibrain accessory set.

The Wibrain starts with Linux at at under 475 Euros (inclusive tax) now which if you take into consideration that it’s running the same processor as the Cloudbook and includes hard drive, touchscreen, bluetooth and weighs just over half the wight of an Eee PC, is a pretty impressive price. Who said UMPCs were expensive!

Wibrain have sent over the accessory pack and you can see where they are going with it. From office to home via the car.

More after the break…
END_OF_DOCUMENT_TOKEN_TO_BE_REPLACED

Over the weekend I took delivery of a tiny digital TV tuner USB stick and naturally, it made sense to pair it with some tiny PC’s.

The ï¿½75 Terratec Cynergy Piranha has just been released in Europe and it offers support for DVB-T, DAB and T-DMB standards, not something thats going to be much use in America but in Europe, free-to-air DVB-T (terrestrial digital TV) has been around for a number of years and is now a popular way to receive TV. As you can see, the device is tiny and even includes a detachable mini-aerial making it perfect for attaching to a ultra mobile PC for the ultimate flexible portable digital TV and recording solution. Read on for more info and videos. 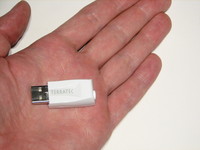 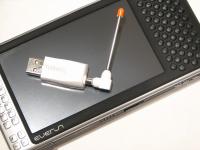 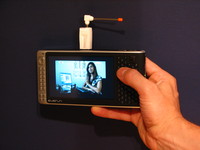 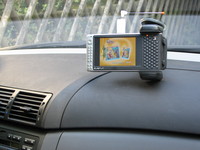