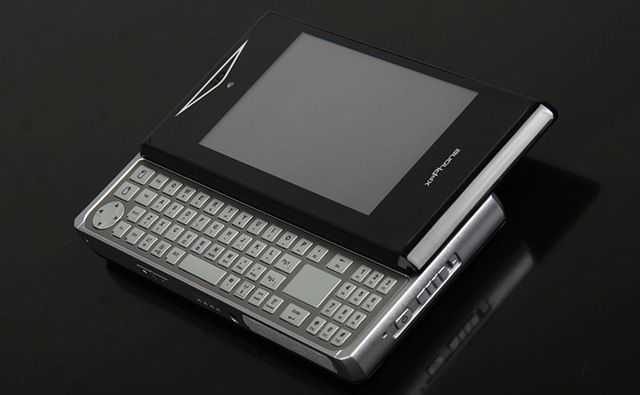 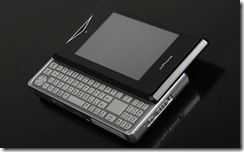 The XPPhone story has been quite a long one and many of us wondered whether the device would reach the market but it has, and we took a look at it at Computex. The mechanics were very solid, the operation very easy and the keyboard quite good. The phone functions work and even the battery life appears to be acceptable. This is definitely a specialist device but if you’re prepared to carry it around with you it’s going to reward you with a relatively fast, and totally complete Internet experience, access to many of your desktop apps and a good quality input system. It’s not as powerful as the OQO but has longer battery life. This is an alternative for those that have been looking at the EKing S515 / PSiXPDA. 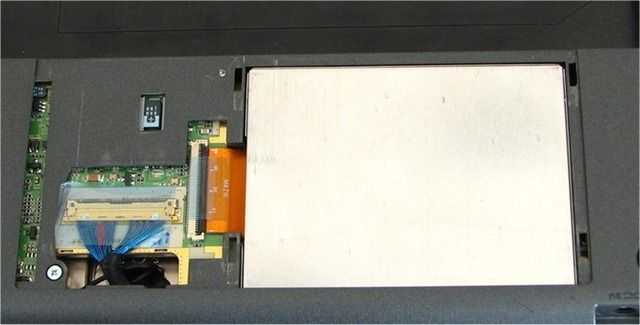 If you’ve been wondering about how much faster a build of XP on the Viliv S10 might be, or how much difference an SSD upgrade might be, wonder no more because I’ve just tested it outâ€¦and then dropped back to the default setup. It didn’t bring enough advantages to make it worthwhile. Video of the SSD swap process is included below. 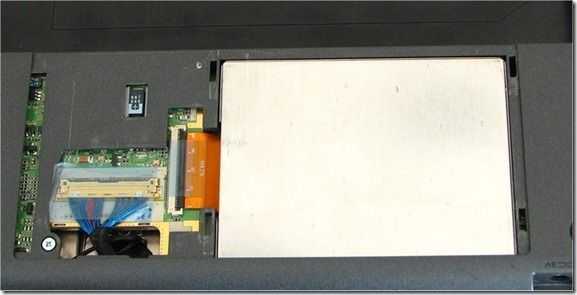 I took a Runcore Pro IV SSD (RCP-IV-ZA1864-C) and installed it into the S10 (a very easy upgrade) with a build of XP from the similar Fujitsu U820. After installing the new device drivers, everything was up and running very quickly and smoothly.  Because the S10 uses a PATA interface, however, I wasn’t seeing the same speeds as I do on my Gigabyte Touchnote with its SATA interface and the 2.5 inch Runcore Pro IV. There’s a noticeable improvement in speed if, like me, all you need to do is access Firefox and a few other programs but it’s barely enough to justify the cost and hassle. Yes, if you want the ultimate speed out of the S10, upgrade the SSD and drop in XP on it but it will take you a few hours to build XP, the cost is a minimum $100 and you lose multitouch and other Windows 7 features. I missed the OSK immediately!

As far as upgrading the existing Windows 7 build to a faster SSD, there’s even less to be said for it. Again, if you want the ultimate speed and can afford the cost (minimum 32GB I’d say) then go for it because it’s an easy upgrade but for most people, the standard SSD and Windows 7 is going to be fine. Even the 1GB RAM limit isn’t really an issue if you’re not thrashing the device.

That brings me to another thing I wanted to mention â€“ the 60GB HDD / Windows XP entry-level version of the Viliv S10. My recommendation is that you don’t take that version. The SSD and Windows 7 upgrade is definitely worth having and as we move to a point where XP drivers are lagging (e.g. GMA500 drivers) it’s an investment for the future.

It’s interesting. This is the first device I’ve ever kept as a Windows 7 device. Somehow it ‘fits’ with the S10. I don’t use the multitouch screen but maybe there’s a psychological issue with having a multitouch screen that you can’t use that makes me want to keep Windows 7 on it.

JKK of JKKMobile is also looking into a high-end upgrade for the Viliv S10. I have a feeling that the advantages won’t be huge in his tests either but he has access to the Pro V Runcore drives which are faster, maybe he can squeeze just enough more out of it to make it worthwhile. Keep an eye on JKKMobile for that soon because he’s promised a video too.

Update: Video of how I swapped the SSD’s is included. It took under 5 minutes. 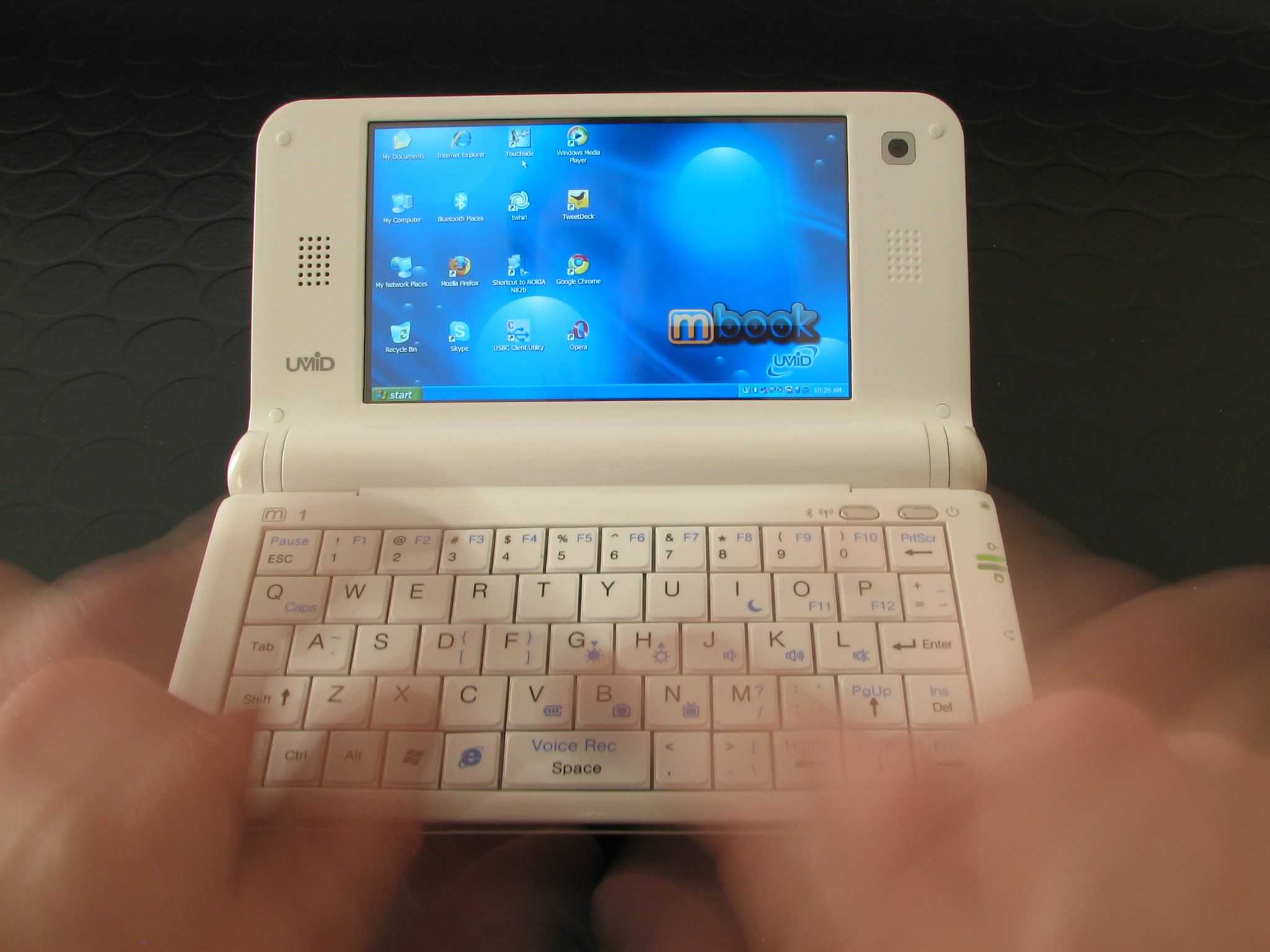 On of the key features of the UMID Mbook M1, apart from the processing power, form factor and battery life, is the speed of the SSD. What better way to demonstrate it than to show a boot sequence. Here’s proof that it boots in 30 seconds from pressing the button to being able to se the start menu. The OS is Windows XP Home with about 30 processes running. Update: One correction on the video; the UMID weighs 338gm (measured), not 490gm as shown on the video.

Detailed info, including a new gallery and links to review articles and videos are available in the updated UMID information page.

For everyone considering the Compal/Gigabyte/Aigo MID and looking for XP upgrade capability, re-tune now to JKKMobile.com where JKK is testing out the new drivers. First reports are that the new drivers may not be working with the current hardware but JKK is working further to confirm this. 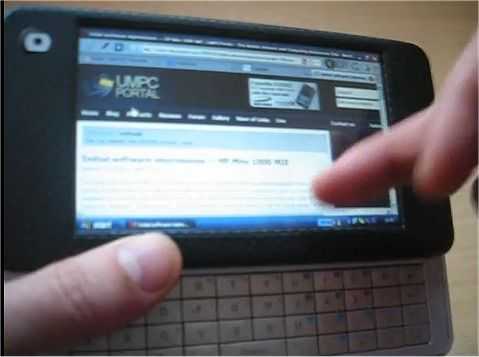 Oooh. This is close. This is really close to the microblogging device I was talking about earlier today.

Jkk has taken a stock Aigo MID and rebuilt the software with XP embedded, enhanced the battery and even changed the finish of the device. As you’ll see in the video its running very quickly and very smoothly. Jkk has really enhanced the device from a pocketable web browser to a complete mobile productivity sollution. Fantastic! 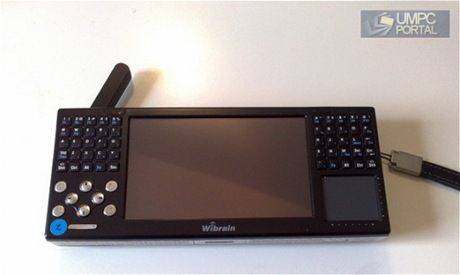 Update: Lots of testing notes in the comments below.

A big thanks to Mobilx. Within 24 hours of them receiving a sample (not a retail version) Wibrain i1, they’ve shipped it out to us. It’s just arrived. I’ve taken it out of it’s wrapping to have a quick look and I think we’re luckier than expected. The HSDPA switch, antenna and SIM slot are there which indicates it’s an HSDPA version. I can’t turn it on yet to confirm 3G or processor type as it’s still cold from overnight transport and I don’t want to risk any condensation problems. I’ll give it an hour and go for it.  [Will post anything significant via Twitter] 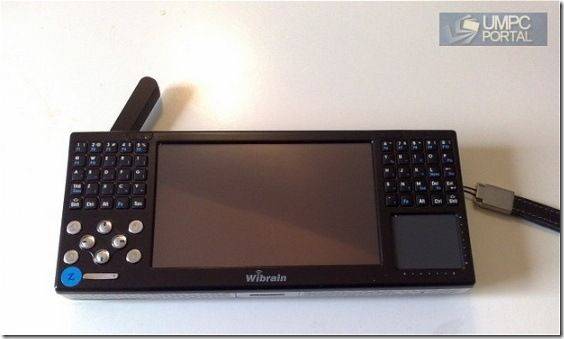 END_OF_DOCUMENT_TOKEN_TO_BE_REPLACED

Three problems with the, otherwise very interesting, Aigo MID.  1) Its not available without import (although it seems DFJ are doing a good job exporting it around the world.) 2) It hasn’t got 3G built-in. 3) The software is a little bit….mmm…beta?

Problem 3 can be solved by hacking the existing OS (see this huge ‘Hacking the Aigo’ thread in the forum) or by installing XP. I’m hearing from a number of sources that XP drivers are starting to filter through and that a release could be available as early as next week. This video was posted on YouTube yesterday.

I had a quick chat with JKK before posting this and found out that he’s working on this too. His video is up now. My Aigo has been held up in customs but is due to arrive on Tuesday next week.

Thanks for the video tip, Brook.

It looks like there are definately a few options for getting Windows XP after June 2008. All OEMs can take the ‘system builder’ route to provide XP until Jan 2009 as we mentioned on Podcast #15.

JKK has the summary of options and highlights that OEMs should be shipping XP restore CDs with editions of Vista that include downgrade rights. 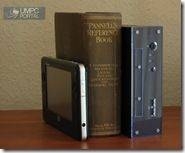 Customers and partners have made it clear to us that they want Windows on their netbooks and nettops," said Steven Guggenheimer, corporate vice president of the Original Equipment Manufacturer Division at Microsoft. "We are committed to providing Windows solutions for these devices, helping to ensure a high-quality experience for both our partners and customers.

The Microsoft press release doesn’t include any definition of the Intel-coined ‘nettop’ expression.