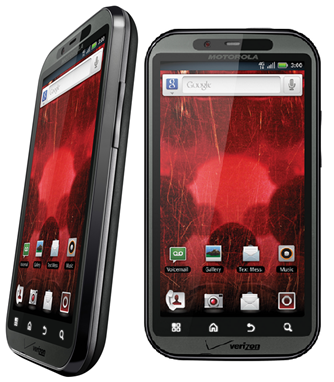 Though whispers of the Droid 3 are already floating about, we’ll likely see the Motorola Droid Bionic [tracking page in our database] before the Droid 3 is even officially announced. I see the Droid Bionic as a successor to the Droid X, rather than being in the same series as the Droid 1, 2, 3.

While the Thunderbolt may be the first out of the gate with LTE, the Droid Bionic is going to pack a lot more punch. The Bionic is running a powerful NVIDIA Tegra 2 AP20H dual-core processor clocked at 1GHz. Motorola says it’ll be able to handle 1080p video output through a mini-HDMI port. The Bionic will also up the screen ante with its 4.3” ‘qHD’ display which has a resolution of 540×960 (16:9). Here’s the full list of specs:

Folks who went to CES 2011 this year were lucky enough to play with the Motorola Droid Bionic before pretty much anyone else. Here’s a nice overview of the phone from the event (performance looks sluggish, but this is likely pre-release hardware and software):

Next Up: LG Revolution