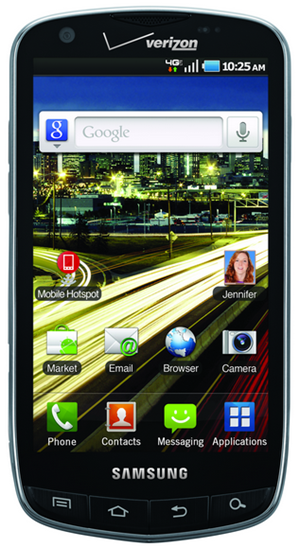 The “Samsung 4G LTE” Smartphone” is certainly the most elusive of Verizon’s upcoming 4G devices. So elusive, in fact, that it doesn’t seem that it has an official name yet! At least we have a decent shot of the device and some specs. And at least it looks a bit different from the Galaxy S phones that Samsung has been churning out lately. Due to the relative lack of info, I’ve got to guess that the Samsung 4G device will be launched on the tail-end of Verizon’s initial 4G device lineup.

Thanks to PhoneDog, you can see a hands-on overview of the Samsung 4G LTE Smartphone:

Next Up: Samsung Galaxy Tab 4G